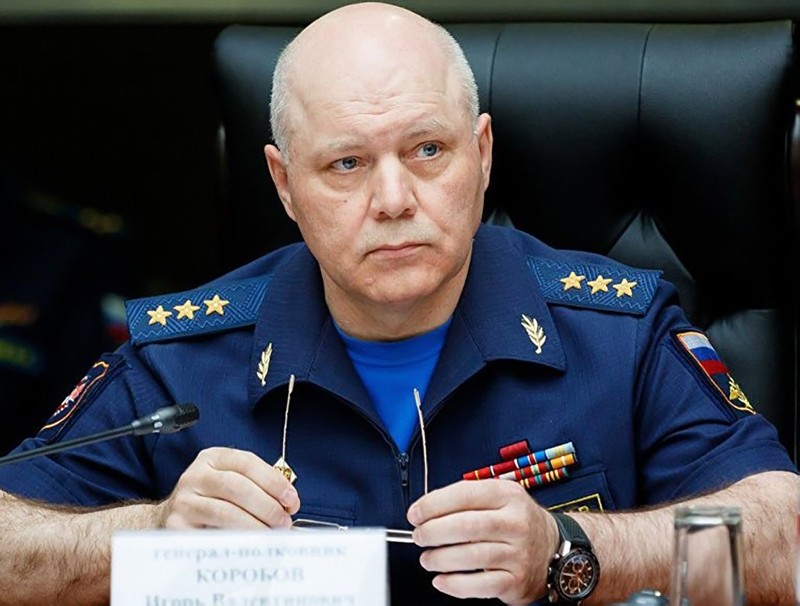 This handout picture taken on August 25, 2017 and released by the Russian Defence Ministry shows Igor Korobov, the head of the Main Directorate of the General Staff of the Russian Armed Forces. (AFP Photo)
by Compiled from Wire Services Nov 22, 2018 12:00 am

The head of the Russian military intelligence agency that Britain has accused of poisoning a former double agent with a chemical weapon in southern England this year has died.

A distinguished aviator, Korobov died of a "serious and long illness," the Russian Defense Ministry said in a statement on Thursday, using a phrase that implies cancer.

Korobov's agency entered the international spotlight this year when Britain accused it of perpetrating the near-fatal attack on former Russian spy turned double agent Sergei Skripal in the southern English city of Salisbury.

Britain and other Western powers have also accused the agency of committing cyberattacks, including attempts to influence the US electoral process. Russia has denied all such accusations.

Russian Defense Minister Sergei Shoigu was cited in the statement as expressing condolences over Korobov's death, which occurred on Wednesday, but he did not name a successor.

Russian state media reported that the most probable successor is the agency's first deputy chief, Igor Kostyukov, currently serving as the interim chief.

The West has accused the powerful agency of a number of attacks on foreign soil including the poisoning of former Russian spy Sergei Skripal and his daughter Yulia with a nerve agent in Britain last March.

Washington has said the GRU was directly involved in interfering in the 2016 U.S. election through "cyber-enabled activities" and the Treasury Department included Korobov on a sanctions list.

Korobov did not participate in a gala marking the centenary of the service in early November when Russian President Vladimir Putin heaped praise on the GRU.

Korobov, who joined military intelligence in 1985, was made a Hero of Russia for his service.

The GRU is one of Moscow's three spy agencies, along with the SVR foreign intelligence agency and the FSB security service.

It has an extensive spy network abroad and its highly trained "spetsnaz" special forces have fought in various conflicts, including in Afghanistan and Chechnya.

The agency's structure, staff number and finances are a state secret. Its emblem is a black bat flying above a globe.