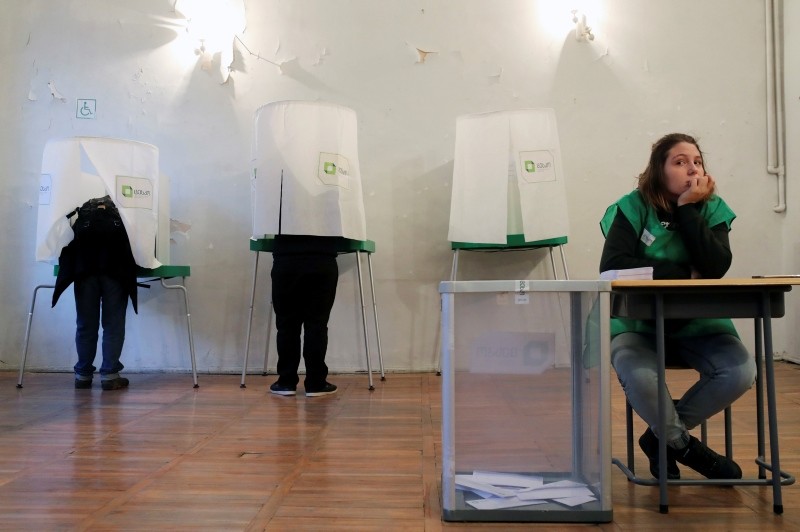 Two of Georgia's former foreign ministers are facing off against each other Wednesday in a tight runoff that will mark the last time Georgians elect their head of state by popular vote.

Georgia, a nation of nearly 4 million people in the volatile Caucasus region south of Russia, is transitioning to a parliamentary republic. Presidential powers have been substantially reduced with the prime minister becoming the most powerful figure in the country. After the new president's six-year term ends, future heads of state will be chosen by delegates.

Though the election lacks the usual importance, it is seen as a crucial test for the ruling Georgian Dream party which is led and funded by billionaire Bidzina Ivanishvili who made his fortune in Russia.

It has dominated the nation's political scene since defeating former president Mikheil Saakashvili's United National Movement in 2012. Ivanishvili briefly served as prime minister in 2012-2013 and has remained a prominent force in Georgian politics ever since.

In the runoff, Salome Zurabishvili is backed by Georgian Dream and Grigol Vashadze is supported by a coalition that includes the United National Movement. They won 39 and 38 percent respectively in the first round last month.

Zurabishvili, 66 was born in France and served as French ambassador to Georgia until becoming Georgia's Foreign Minister in 2004. She was sacked the following year and some Georgians still look at her foreign background with suspicion and criticize her for her contention that Georgia started the 2008 war with Russia.

Zurabishvili's opponents cast her as a pro-Russia candidate — the claim she and Georgian Dream hotly deny. Zurabishvili argues that her background is a strong qualification for serving as Georgian president as the country seeks closer ties with the European Union.

Vashadze, 60, who served as Georgia's foreign minister in 2008-2012, vowed to re-establish control over the breakaway provinces of South Ossetia and Abkhazia by peaceful means. Georgia entirely lost control over both provinces after the war with Russia a decade ago, which erupted when Saakashvili made a failed attempt to reclaim sovereignty over South Ossetia.

"Georgia has outlived many empires and will definitely outlive the current Russian empire," Vashadze said.

He also vowed to pardon Saakashvili, who was stripped of his citizenship in 2015 and sentenced in absentia for abuse of power.

Observers see the vote as a key test before the parliamentary elections in 2020.

"For Georgian Dream, the stakes are especially high and it struggles very much ... to win in the second round," said Gia Nodia, the founder of the Caucasus Institute for Peace, Democracy and Development, an independent think-tank.

Earlier this month, the Georgian government announced that a charitable foundation controlled by Ivanishvili promised to write off the debts of 600,000 people, a move described by critics as an attempt to buy votes ahead of the runoff.