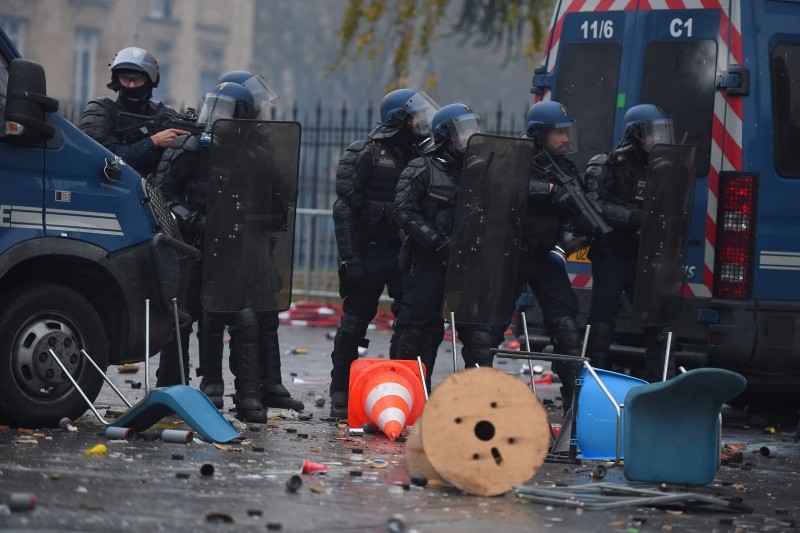 The proposed fuel tax is also unpopular among cops, Secretary-General of VIGI police union Alexandre Langlois told Russian news website RT on Sunday, adding that the most of the officers support Yellow Vest protesters but they are "merely following orders."

"Most of us back the Gilets Jaunes (Yellow Vests), because we will be directly affected by any rise in fuel prices. Most of us can't live where we work, because it is either too expensive, or we would be arresting our next-door neighbors, so we drive significant distances," he was quoted as saying in the article.

Explaining the dilemma faced by the French police, Langlois also added that his fellow officers are only fulfilling their duties. "Our colleagues on the ground have no operational freedom, they are merely following orders issued by those sitting somewhere else in police headquarters."

"The assigned cops tell themselves: 'We will again look like villains, like attack dogs for the ministry and the government'," he added.

Police fired tear gas, stun grenades and water cannon in battles with "yellow vest" protesters around the Champs Elysees in Paris on Saturday, marking the third weekend of demonstrations across France against high living costs.

Police said at least 412 people had been arrested in Paris amid concerns that violent far-right and far-left groups were infiltrating the "yellow vests" movement, a spontaneous grassroots rebellion over the struggle of many in France to make ends meet.

At least 133 people have been injured, including 17 members of the security forces, in protests against high living costs in central Paris, the police department said.

France will consider imposing a state of emergency to prevent a recurrence of the demonstrations and urged peaceful protesters to come to the negotiating table, government spokesman Benjamin Griveaux said on Sunday.