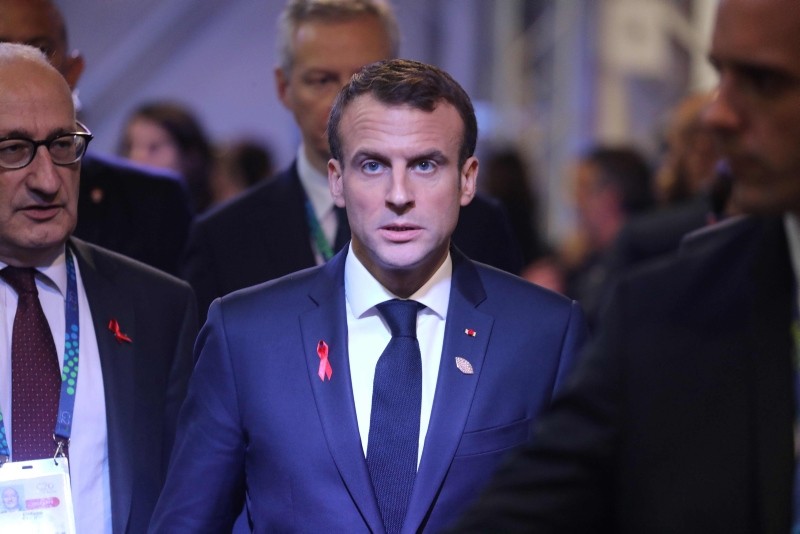 French President Emmanuel Macron has postponed a planned visit to Belgrade due to "problems" at home, Serbia's president said Monday, after Paris was rocked by violent protests over the weekend.

"We were preparing for President Macron's visit. Unfortunately due to the situation and the problems he faces, President Macron asked me to postpone his visit to our country for a few weeks," Serbian President Aleksandar Vucic said in a televised press conference

The 40-year-old French leader is facing a major crisis as grassroots demonstrations, originally triggered by fuel tax increases, have snowballed into a broad wave of resistance against his economic reforms.

Critics say his business policies are tilted in favor of the rich.

On Saturday riots linked to the "yellow vest" protest movement engulfed ritzy Paris shopping districts, where a police lockdown and vandalism forced many stores to shut. Hundreds of people were arrested.

Macron would have been the first French head of state to visit Serbia since Jacques Chirac in 2001.

He was scheduled to meet with Serbian President Vucic on Wednesday evening and pay tribute to a cemetery for fallen World War I soldiers on Thursday before returning to Paris.

Last month, Vucic expressed disappointment over his placement during France's World War I cemetery commemorations at which Kosovo's leader was standing closer to other global dignitaries.

Serbia refuses to recognize the independence of Kosovo, its former province, and has sought to block it from international organizations, including the UN.

Macron later penned a letter to Vucic, thanking the Serbian leader for joining the event and confirming the December 5-6 visit.

French Prime Minister Edouard Philippe earlier cancelled a scheduled trip to Poland in order to meet the heads of the main opposition parties on Monday.

He is to hold talks with representatives of the "yellow vests" on Tuesday.

Four people have died in incidents linked to the anti-government protests which began on November 17.