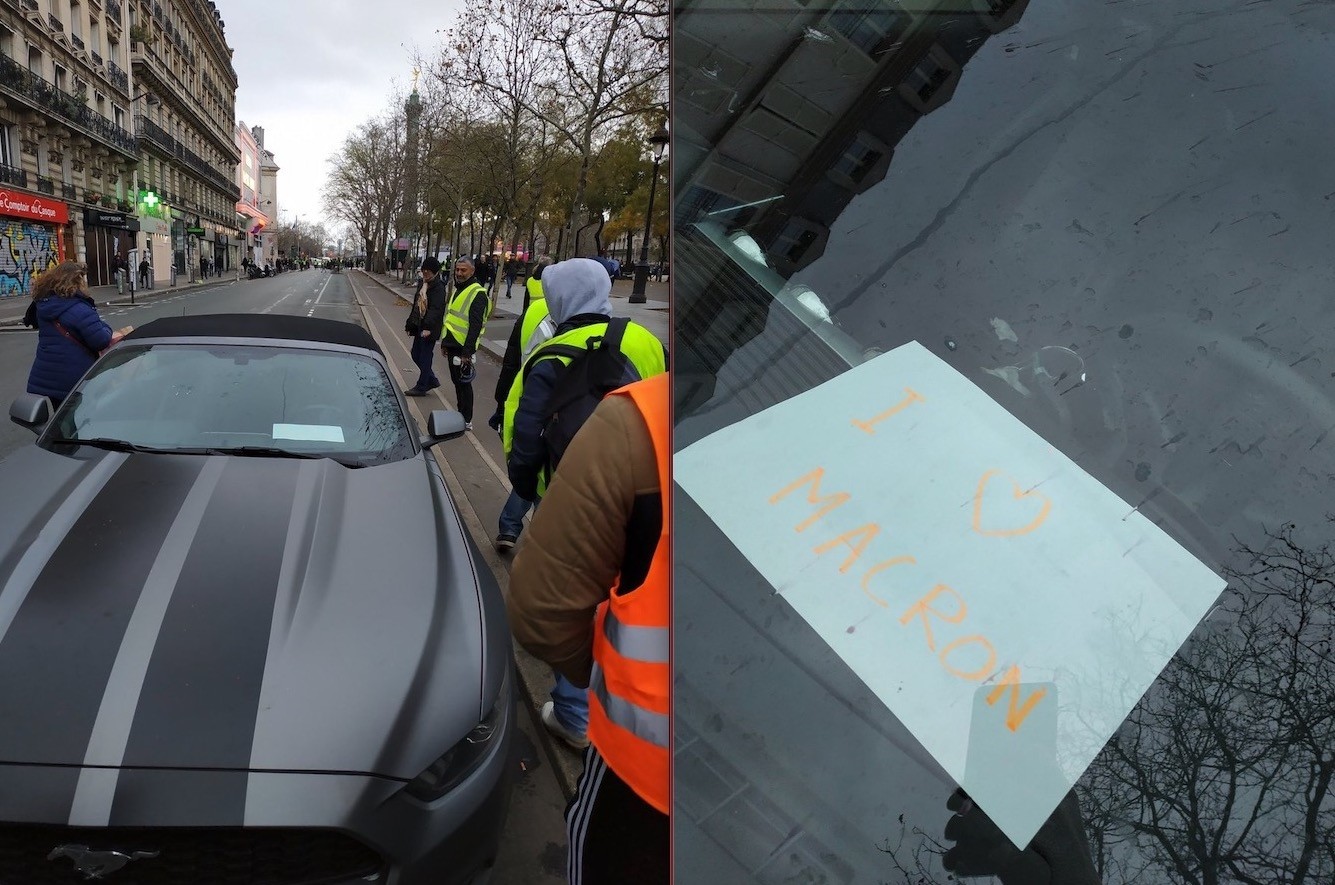 A provocative "I love Macron" note that was left inside a car in France amid violent protests against the French president's policies sparked widespread ridicule on social media.

The note, placed on top of the dashboard, was clearly visible through the car's windshield, drawing criticism after its photo was shared on social media.

"When you want a new car from your insurance company," said one of the Twitter users.

Looters have smashed shop fronts and cars have been set on fire as anti-government protesters wreaked havoc in the country for the fourth weekend in a row.

The protests have shown little sign of easing since they began on Nov. 17.

It has spilled over to some other countries, including Belgium, especially in the country's French-speaking region.