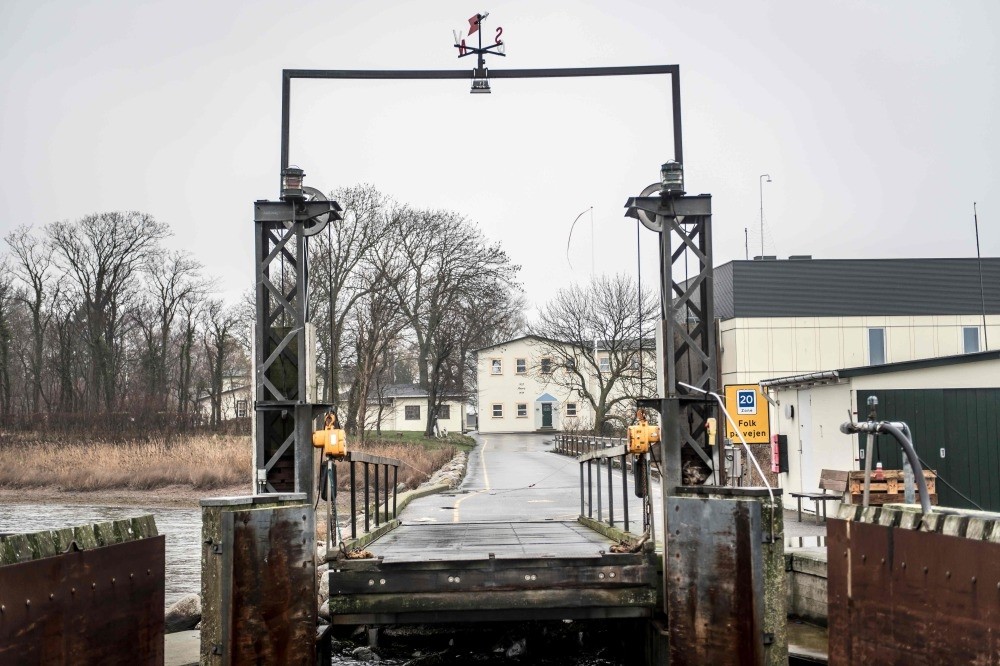 The island of Lindholm will be transform from a contagious diseases laboratory to a detention center for foreign criminals.
by Daily Sabah with Wires Dec 21, 2018 12:00 am

Denmark has moved forward with a plan over isolating "unwanted" migrants through housing them in a remote uninhabited island once used for contagious animals. The Danish parliament approved funding yesterday for its draconian plan to hold foreign criminals on a tiny island, despite criticism from the United Nations and local opposition.

Citing security concerns, the government wants to send up to 100 people who have completed jail sentences but cannot be deported because they are at risk of torture or execution in their home countries, to the island of Lindholm. "They are unwanted in Denmark and they must feel that," said Integration Minister Inger Stojberg in a Facebook post earlier this month after the proposal was first announced.

According to the plan, the tiny island will be transformed from a contagious diseases laboratory to a detention center. Lindholm is 7 square acres and is currently used by scientists from the Technical University of Denmark researching swine flu and rabies among other things. One ferry traveling to the island is named "Virus." The center, which will be able to hold up to 100 people, is set to be established in 2021 and will cost 759 million Danish crowns ($115.48 million). Under the plan, the criminals can leave the island during the day but will have to report their whereabouts to authorities and return at night.

Harshly criticized by human rights groups, the draft law was ratified with the support of the Liberal Party (Venstre), the Liberal Alliance and the Conservative People's Party, and the right-wing populist Danish People's Party. The Danish parliament approved funding yesterday for a plan to hold foreign criminals on the tiny island, despite criticism from the United Nations and local opposition.

U.N. human rights chief Michelle Bachelet expressed serious concerns about the idea earlier. "I have serious concerns with this plan and we will monitor it and discuss it... with the government," Bachelet told journalists in Geneva. "We've seen the negative impact of such policies of isolation, and [they] should not replicate these policies. Because depriving them of their liberty, isolating them and stigmatizing them will only increase their vulnerability," she added.

A majority of foreign criminals whose deportation sentences cannot be carried out are now detained at a center in Jutland, in western Denmark. Residents there say they feel unsafe, although police report that crime has not risen in the area in recent years.

The plan is the government's latest bid to curb immigration. Known for its long history of high human rights standards, Denmark has stepped up its efforts to become the least attractive country in Europe for refugees and asylum seekers. Last year, between January and November, just over 3,000 people claimed asylum in Denmark, down from 2016 when the number hit 6,000. After the European migration crisis in 2015 brought almost 20,000 claims for asylum, Denmark has refused to take any U.N. quota refugees.