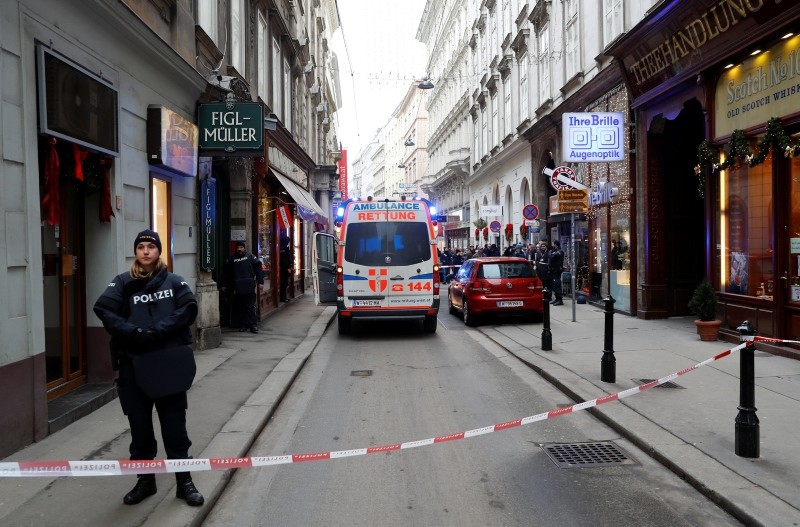 A shooting Friday in central Vienna has killed one person and wounded another, Austrian authorities said.

Police said on Twitter that two people with gunshot wounds were found at about 1:30 p.m. in the Lugeck square area in the Austrian capital. There was no immediate information on their identities.

Shortly afterward, the Austria Press Agency quoted the Vienna rescue service as saying that one person was dead and the other seriously wounded in the shooting. The area was closed off.

The shooting appears to have been a "targeted criminal act" rather than a shooting spree, a police spokeswoman said later on Friday.

Police said their investigation of the slaying reached throughout the city but added "there is currently no danger to people who are not involved." They did not elaborate.

"A manhunt is currently under way. Further circumstances are not yet clear."

The area was cordoned off and police helicopters hovered overhead as part of the search. Police tweeted that there was no danger to the public, however.

Local media reported that several streets had been cordoned off and that police in bulletproof vests and helmets had been deployed.

One witness told the Kurier newspaper that the victims had been shot at in a passageway.

"There were two people lying on the ground, and the third guy was saying: 'Brother, brother!' in a Slavic language," the witness said.