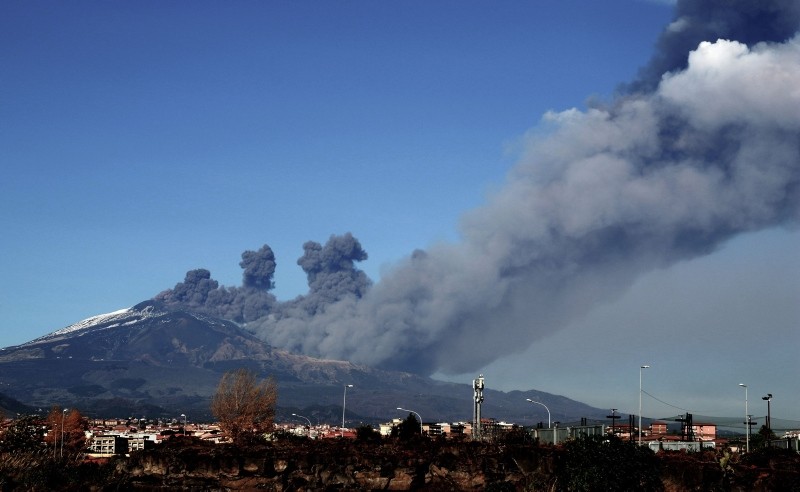 The Mount Etna observatory says lava and ash are spewing from a new fracture on the active Sicilian volcano amid an unusually high level of seismic activity.

Italy's national institute for geophysics and vulcanology (INGV) counted more than 130 seismic shocks in the zone, with the strongest reaching a magnitude of 4.0. The Etna observatory reported lava flows from the volcano and said a new fracture had opened near its southeast crater.

"The eruption occurred on the side of Etna," Boris Behncke, a vulcanologist at INGV, told French Press Agency (AFP). "It's the first lateral eruption in more than 10 years, but it doesn't seem to be dangerous."

Due to bad visibility because of the ash authorities restricted local airspace, allowing only four landings per hour Monday afternoon at the eastern Sicilian airport of Catania.

The owner of a refuge on the volcano says hikers are being brought down from higher elevations to 1,900 meters (6,230 feet) for their safety. But there are no reports of injuries, and so far the spewing ash was not causing disruptions to residents of nearby towns and cities.

Etna, the largest of Italy's three active volcanoes, has been particularly active since July.

Its most recent eruptions occurred in the spring of 2017 and its last major eruption in the 2008/2009 winter.

At the end of March a study published in the Bulletin of Volcanology said that Etna is slowly sliding towards the Mediterranean — at a constant pace of 14 millimetres per year.