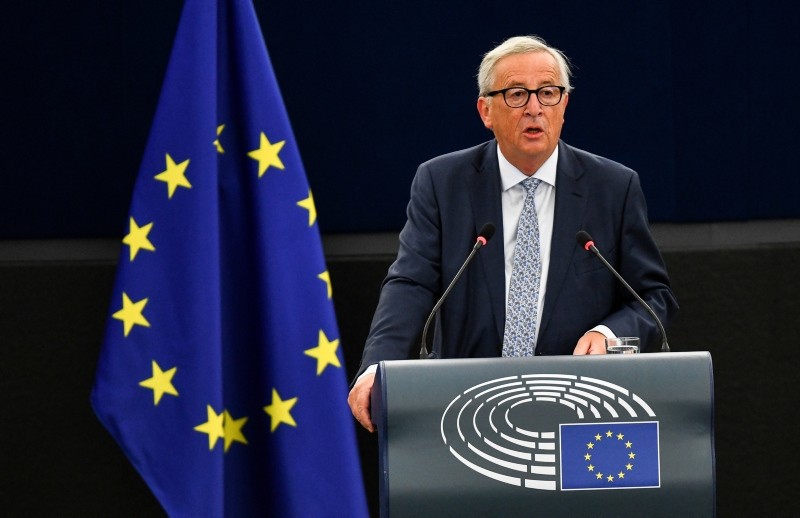 The head of the European Union's executive branch is urging Britain to "get your act together" and decide what exactly the country wants as Brexit looms.

Speaking in an interview with German newspaper Die Welt am Sonntag, European Commission President Jean-Claude Juncker said on Sunday: "My appeal is this: Get your act together and then tell us what it is you want. Our proposed solutions have been on the table for months."

Britain is scheduled to leave the EU on March 29. However, fears are growing that it may crash out without a deal in place, as lawmakers, including some from within Prime Minister Theresa May's own Conservative Party, have slammed her agreement.

Calls are also growing for a second referendum to break the current deadlock.

When asked about future relations between the bloc and Britain, Juncker said he found it "entirely unreasonable for parts of the British public to believe that it is for the EU alone to propose a solution for all future British problems."

He added that preparations for the relationship between Brussels and London could begin the day after parliament approves the withdrawal agreement. The vote in the House of Commons is scheduled to take place on Jan. 15.

"I have the impression that the majority of British MPs deeply distrust both the EU and Mrs. May," Juncker said.

"It is being insinuated that our aim is to keep the United Kingdom in the EU by all possible means. That is not our intention. All we want is clarity about our future relations. And we respect the result of the referendum," he added.