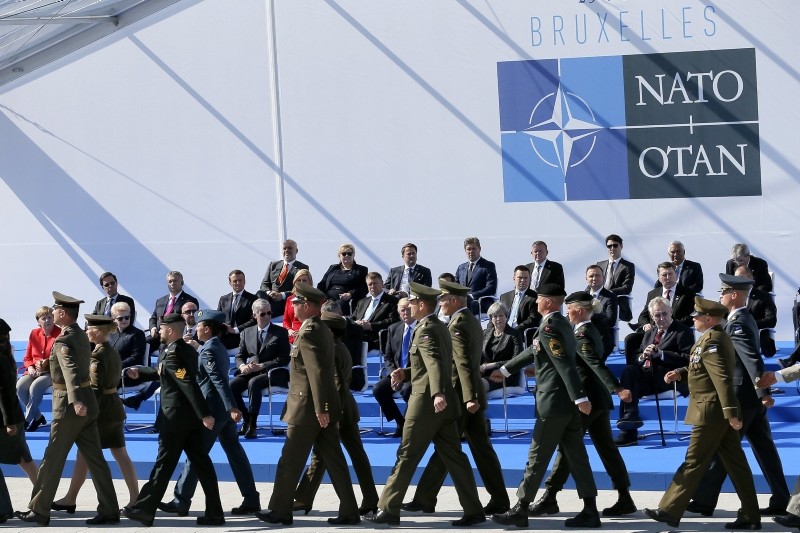 The Bundeswehr took over the running of the superfast reaction force of NATO on Tuesday.

According to the Defence Ministry in Berlin, the land forces of the so-called spearhead of the military alliance for 2019 consist of about 8,000 soldiers.

The German army is providing around 4,000 of them, in addition to about 1,000 personnel in other organizational areas. Other soldiers are being provided by allies France, the Netherlands and Norway.

According to Defence Minister Ursula von der Leyen, Germany is making an outstanding contribution to the security of the entire defence alliance with the leadership of the superfast NATO force, officially called the Very High Readiness Joint Task Force (VJTF).

The new role is enormously demanding and also an important pacesetter for the modernization of the German military, she said.

"The significance of the VJTF for a modern, ready-for-action Bundeswehr and Germany's role in NATO can hardly be overestimated," von der Leyen said.

The VJTF was set up in the wake of the 2014 Ukraine crisis and has since become an element of the deterrent strategy against Russia.

The task force's special feature is its high degree of readiness.

For example, the advance forces must be deployable within a maximum of 72 hours, whereas for others, it is five to seven days.

This means the soldiers cannot move far from the location of their duties during standby periods.

The German lead brigade in the VJTF is formed by the 9th Armoured Demonstration Brigade from the city of Munster in the northern state of Lower Saxony, which had to demonstrate its abilities during the Trident Juncture NATO exercises in Norway in the autumn.

Von der Leyen was left red-faced last year when reports emerged of shoddy and outdated equipment in the Bundeswehr. "For this we are working on a staffing and weapons package worth billions, for which I am working together with the parliament," the minister said.

In order to spread the burden of readiness, the soldiers in the VJTF come each year from different nations. Italy contributed most of the energy in 2018, and in 2020 it's Poland's turn. In 2015, Germany was instrumental in setting up the VJTF.

The VJTF is part of the already longer-standing NATO Response Force (NRF), which is to have a strength of around 40,000 troops in the future.

In addition to land forces, it also includes air and naval forces, and special forces.