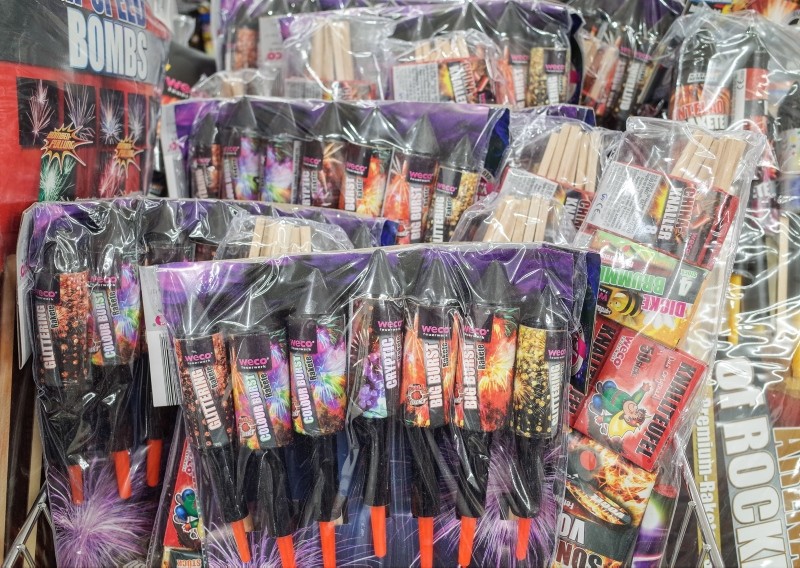 Various fireworks products are displayed in a supermarket in Berlin, Germany. (EPA Photo)
by Associated Press Jan 01, 2019 12:00 am

Austrian police say a 17-year-old boy has died after a powerful firework he was trying to light during New Year's celebrations malfunctioned.

Police in Upper Austria said Tuesday that the teenager had attempted to fire a "ball bomb" from inside a metal tube when it exploded, inflicting serious head injuries. He was taken to a hospital in the town of Ried, but later died.

Police in the eastern town of Enschede said officers found a man apparently killed by a fireworks explosion lying on the street shortly after midnight.

A 41-year-old man was reported killed as a result of fireworks in the North Sea town of Morra.