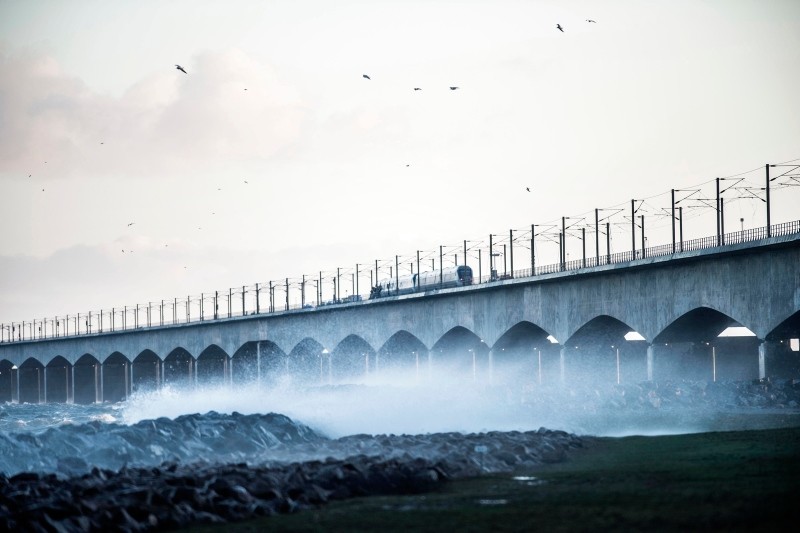 The rail operator, Danish Railways (DSB), earlier told Denmark's TV2 that the victims were passengers on a train going from the city of Odense, on the central Danish island of Fyn, to Copenhagen when the accident took place about 8 a.m. local time.

According to the DSB, 131 passengers and three crew members had been on board. The railway company has so far declined to comment on the cause.

Danish media reported that a tarpaulin on a freight train hit the passenger train, which was going in the opposite direction, prompting it to brake suddenly.

The Great Belt Bridge, or Storebaelt, is part of bridges and tunnel link between the Danish islands.

Denmark's TV2 showed images of a freight train the tarpaulin that covered the train torn in pieces. It reported that eight people were injured.

The accident took place on a road-and-rail bridge, part of a transport system consisting of a road suspension bridge and a railway tunnel.

The transport system was closed to cars Wednesday because of strong winds but trains could pass.