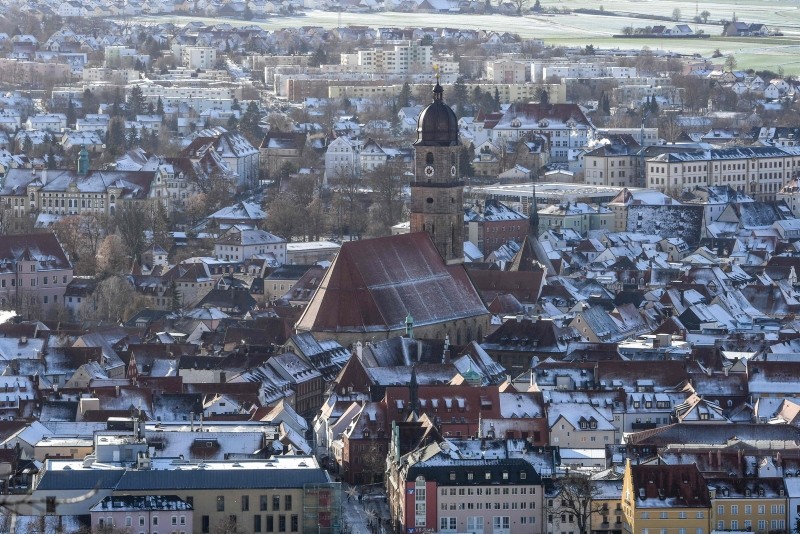 The mayor of Amberg, Michael Cerny, said he was "shocked" after the extremist NPD party posted photos online of four people wearing red protective vests to create "safe spaces", including outside a refugee centre.

"I can understand the insecurity seen in some of the reactions of some Ambergers, but the hatred and the threats of violence from all over the country go way too far," Cerny told the local daily Mittelbayerische Zeitung.

Police said they were investigating the reports, which included a group calling itself "Kraut/pol" accusing town authorities in an email of failing to protect the citizens of Amberg.

Police last Saturday detained four men from Afghanistan and Iran, aged 17 to 19, who had allegedly drunkenly attacked passers-by at random.

Twelve people aged 16 to 42 suffered mostly minor injuries, and a 17-year-old was treated for head wounds in hospital.

The case revived a simmering debate over immigration, integration and crime that has flared since the mass influx of over one million asylum seekers from 2015.

Interior Minister Horst Seehofer -- head of Bavaria state's CSU party, who has been highly critical of Chancelor Angela Merkel's liberal stance on immigration -- called for speedy expulsions of immigrants who break the law.

The CSU's parliamentary leader, Alexander Dobrindt, said he "sharply condemns" the original street violence as well as the fact that "certain extremist groups" were seeking to instrumentalise the attacks.

A spokeswoman for Merkel had Wednesday condemned the assaults in Amberg as well as a xenophobic attack by a 50-year-old unemployed German who steered his car into groups of immigrants on New Year's Eve.

One of those attacks, in the city of Bottrop, left eight people injured, including a four-year-old Afghan boy and a 10-year-old Syrian girl.