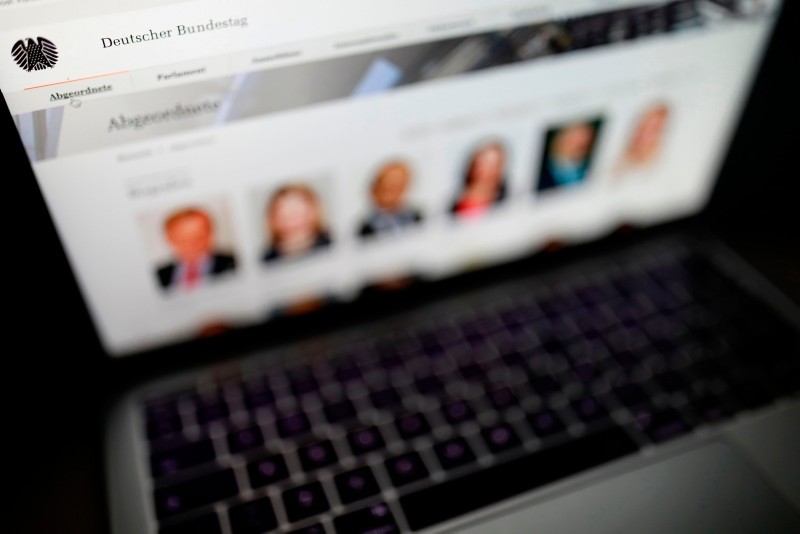 This Jan. 4, 2019 photo shows the website of the German Bundestag (lower house of parliament) with pictures of delegates displayed on the screen of a laptop. (AFP Photo)
by Jan 06, 2019 12:00 am

Around 50 of the nearly 1,000 cases of leaked data from German politicians are considered severe, meaning that personal data, photos and correspondence were made public, security sources told German Press Agency (DPA).

Former and current elected officials are among the 994 people affected by the data breach, with the vast majority of them hit solely with the publication of their contact data, the sources said.

The 50 more serious cases are currently the focus of ongoing investigations, according to the sources.

German Chancellor Angela Merkel was among the hundreds of German politicians at the federal, state and European level to be targeted by the leak.

The data was released in links posted daily through a Twitter account last month but only attracted national attention on Friday.

German authorities charged with data security have come under fire after it was revealed that the Federal Office for Information Security (BSI) knew about the leak earlier.

The BSI had apparently known about the breach since December, while the Federal Crime Office BKA was only informed early Friday, according to a letter from the BKA seen by DPA.