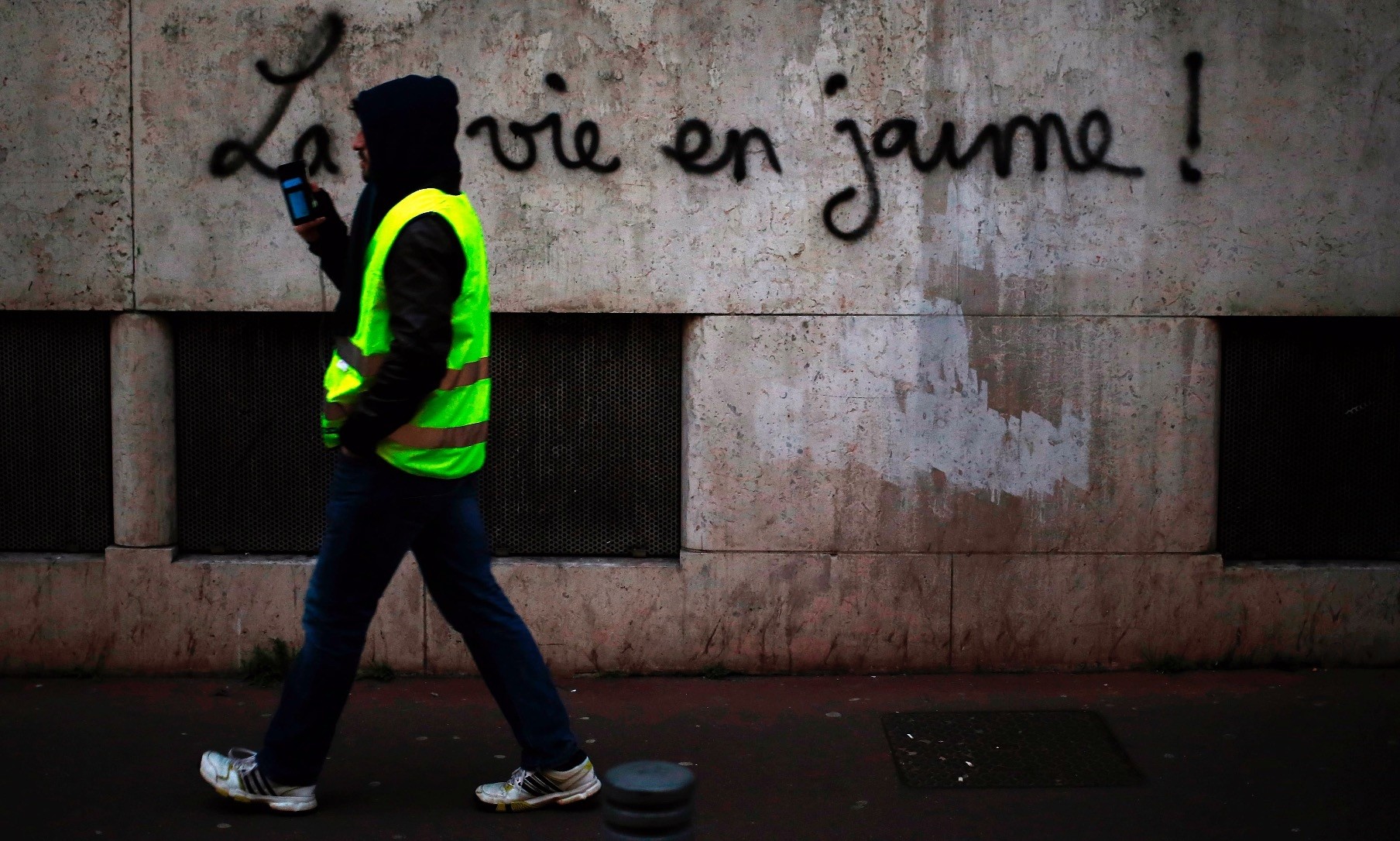 Despite New Year celebrations and relative backpedaling in the rhetoric of the French president, the ‘yellow vest' movement has once again mobilized people across the nation against the government

While the protesters numbered some 50,000 according to the French Interior Ministry, yellow vests were once again proudly worn across France well into the new year, as they continue to demand reforms that would keep taxes down and even raise living standards of the middle and working classes.

The police have said that on Saturday it placed no less than 34 people under arrest.

President Emmanuel Macron has offered concessions; however, they are not nearly enough in the eyes of many protesters; and as the protests continue, so does the occasional violence that follows it.

Clashes with police forces, tear gas and small street fires were again present during the demonstrations as has often happened for the past 8 weeks.

The French government has condemned mindless acts of violence against both civilians and the police as numerous videos have surfaced online showing violent altercations between rioters and security officers.

Government spokesman Benjamin Griveaux meanwhile said he had to be evacuated from his office after the door of his ministry building was forced by persons who stole heavy machinery from the street outside.

"Once again extreme violence has attacked the Republic, its guardians, its representatives, its symbols," Macron wrote on Twitter, adding: "Justice will be done."

Macron, whose low approval ratings are nearing the levels seen by François Hollande, has promised a national debate on the wide range of issues raised by the movement, including taxation, the cost of living, democracy and public services.

"Everyone must regain self-control to bring about debate and dialogue," he urged.

"I am here to defend the right of my children to work that enables them to eat. My daughter earns 800 euros ($911) a month. She works 25 hours a week in a baker's. For her, it's about surviving," said one protester, 58-year-old demonstrator.

An opinion poll for newspaper Le Journal de Dimanche meanwhile showed strong support for some of the more political demands raised by the "yellow vest" movement ahead of a national debate promised by Macron.

While the yellow vests have made no point-by-point list of demands and no central leadership, it is widely believed that one of their key goals is to remove Macron altogether.

Eighty per cent of respondents backed a right for citizens to propose referendums on issues of public interest, a demand repeatedly raised by protesters.

Paris police had estimated protester numbers in the capital city at 3,500, up from 800 a week earlier and 2,000 the week before that.

The demonstrations in the capital started off calmly but took a violent turn mid-afternoon when protesters heading along the quays of the Seine towards the National Assembly clashed with riot police.

Crowds of tourists streamed away from the Musée d'Orsay modern art museum on the riverside as the acrid fumes of tear gas filled the air. Blocked by police, protesters eventually fled the gas but reassembled near the National Assembly, with some setting fires on the Boulevard Saint-Germain before police again forced them to retreat.

Clashes later broke out in and around the Champs-Élysées Avenue in the early evening, with television broadcasts showing several burned cars on a side street.

Across the country, protester numbers remained below those recorded in the first few weeks of the movement, when over 280,000 took part according to official figures.

Several other cities across France also saw small marches, including up to 2,000 in Rouen northwest of Paris, where at least two arrests were made and one protester was hurt by a projectile after demonstrators set fire to a barricade.

Public anger has on occasion been directed at the media, seen by some as too close to the government, a widespread phenomenon across the West.