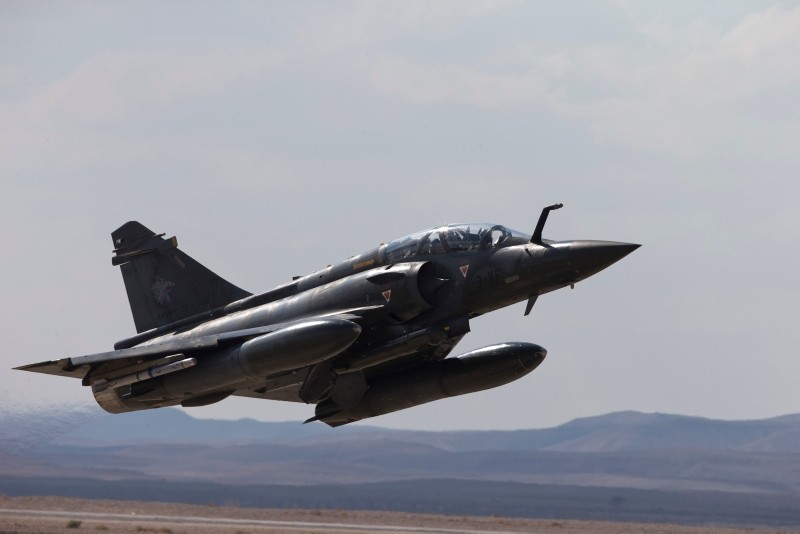 A French fighter jet carrying two pilots disappeared from radar screens while flying in a snowstorm near the Swiss border Wednesday, prompting an extensive search across a rugged, mountainous area.

The Mirage 2000D was on a low-altitude training flight when radars last detected its location between France's Doubs and Jura regions, according to a French air force spokeswoman who wasn't authorized to be publicly named.

Air Force spokesman Col. Cyrille Duvivier said no distress signal was sent from the jet, which happens automatically when pilots are ejected. The daylong search located "debris," but he would not say if it came from the missing aircraft.

"We're searching for the (plane) wreck," Duvivier said during a news conference.

The weather would have meant the pilots "didn't have a view of the ground," but they and the plane were equipped for such a situation, he said.

He said French authorities were hopeful they would find the pilots alive.

The jet took off soon after 11 a.m. from the Nancy-Ochey air base in northeast France. The search was launched immediately after it went missing, officials said.

Mountain rescue teams, firefighters, police, military units and local residents joined the search, according to the regional administrations of Doubs and Jura. Visibility was extremely low due to heavy fog and snow.