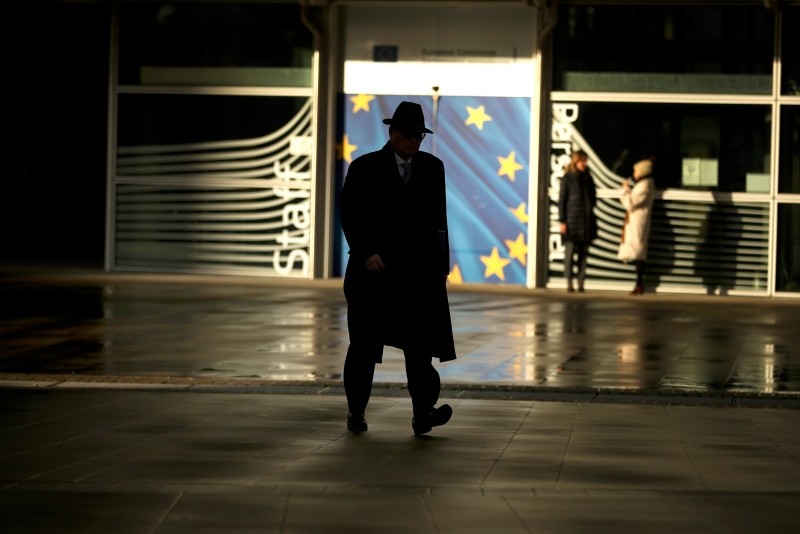 The British parliament's rejection of a negotiated Brexit deal increases the risk that Britain will crash out of the European Union without an agreement, European Commission chief Jean-Claude Juncker warned Tuesday.

"I urge the United Kingdom to clarify its intentions as soon as possible. Time is almost up," Juncker, the head of the EU's executive arm, said in a statement immediately after the vote in London.

"The Withdrawal Agreement is a fair compromise and the best possible deal. It reduces the damage caused by Brexit for citizens and businesses across Europe. It is the only way to ensure an orderly withdrawal of the United Kingdom from the European Union," Juncker added.

"The risk of a disorderly withdrawal of the United Kingdom has increased with this evening's vote. While we do not want this to happen, the European Commission will continue its contingency work to help ensure the EU is fully prepared."

EU leaders, who signed off on the Brexit deal in December, have repeatedly said it was the best solution possible because it provided a transition period for businesses to adapt. Austrian Chancellor Sebastian Kurz tweeted: "I regret the outcome of the Brexit vote in the British lower house in London. In any case there will be no renegotiation of the withdrawal agreement."

French President Emmanuel Macron said Britain would be the biggest loser if it crashed out of the EU without a deal.

The Irish government urged Britain to set out how it proposed moving forward, and Spain's Prime Minister Pedro Sanchez, who is due to address the European Parliament in Strasbourg on Wednesday, warned that an abrupt British exit from the EU would be "catastrophic".

EU leaders have insisted there could be no renegotiation.

But as the parliamentary defeat fed uncertainty in European capitals, several leaders called on Britain to come up with alternatives to the rejected withdrawal agreement.

Echoing the frustration of leaders of Belgium, Denmark and Luxembourg, who reacted in succession on social media and said they were actively preparing for a no-deal scenario, the EU parliament's Brexit negotiator Guy Verhofstadt said British lawmakers now needed to say what kind of deal they wanted.

"The UK parliament has said what it doesn't want," Verhofstadt, a former Belgian premier, said on Twitter. "Now it is time to find out what UK parliamentarians want. In the meantime, the rights of citizens must be safeguarded."

Meanwhile, the chairman of EU leaders Donald Tusk argued that the only positive solution for Britain after the deal was rejected was to stay in the EU.

Lawmakers defeated May's Brexit divorce deal by a crushing margin, triggering political upheaval that could lead to a disorderly exit from the EU or even to a reversal of the 2016 decision to leave.

"If a deal is impossible, and no one wants no deal, then who will finally have the courage to say what the only positive solution is?" Tusk tweeted after the vote.

Tusk has always held the EU's door ajar for Britain to remain a member, if future events allowed it.