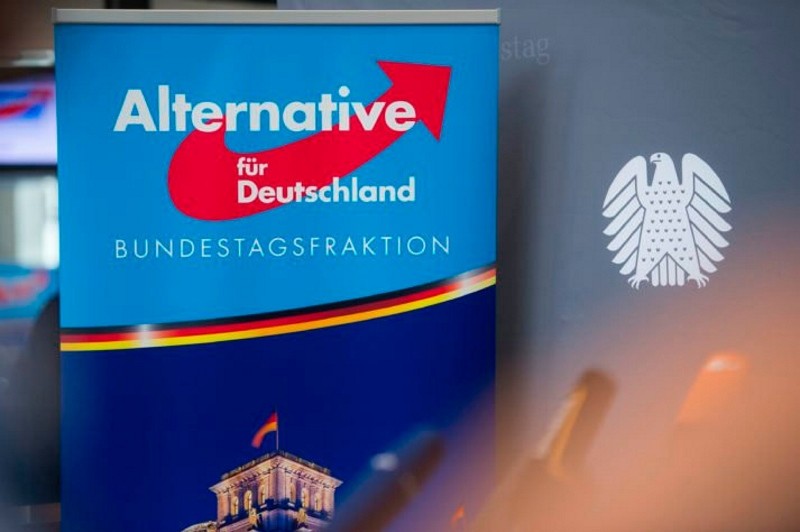 The anti-immigrant Alternative for Germany (AfD) is losing ground among voters, according to a poll taken after the domestic intelligence service said it was probing the party, the mass-circulation daily Bild reported on Tuesday.

The INSA poll of 2,044 respondents taken between Friday and Monday, put support for the right-wing party at 13 percent, down 1.5 percentage points on the week and the lowest level in more than a year. According to INSA, the AfD peaked at 18.5 percent at the beginning of October.

The party, which gained prominence following a sharp rise in immigration in 2015-16, is now the fourth most popular party, well behind Chancellor Angela Merkel's conservative Christian CDU/CSU alliance on 31 percent, up two percentage points.

The hard-left Linke party lost one percentage point to 9.5 percent, and the liberal FDP was unchanged at 9.5 percent.

Merkel's grand coalition of the CDU/CSU and the SPD would gain just 44.5 percent of the vote in elections held now, insufficient for a parliamentary majority.

The Verfassungsschutz (Constitutional Protection) intelligence agency said last week it was treating the AfD as a "Prueffall," which translates to test case, meaning the intelligence services cannot use undercover agents or other investigative tools in its observations.