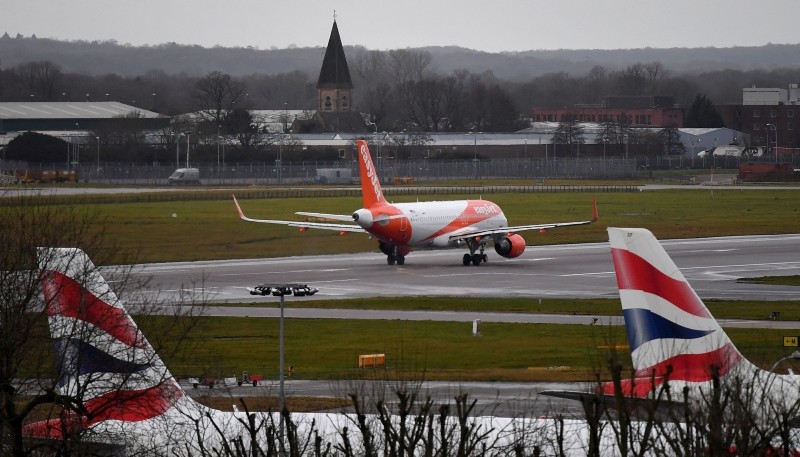 In this file photo taken on December 21, 2018 an EasyJet aircraft prepares to take off from the runway at London Gatwick Airport, south of London, as flights resumed following the closing of the airfield due to a drones flying. (AFP Photo)
by Jan 23, 2019 9:16 am

The cancellation of more than 400 easyJet flights over two days had a direct cost impact of around 10 million pounds and caused an additional loss of revenue of 5 million pounds, it said.

Despite the disruption at London's second airport, where the airline is the biggest carrier, easyJet said its annual pre-tax profit soared by 41 per cent in its financial year ending September 30, buoyed by "robust demand across Europe" that led to record passenger numbers.

It said it carried 88.5 million passengers, up 10.2 per cent from its previous financial year, with a load factor of 92.9 per cent.

The increase was driven by the airline's strategy to focus on "primary airports," including its expansion into Berlin's Tegel airport, easyJet said.

"The integration of new operations at Tegel has also progressed well and our brand consideration in Berlin has grown strongly," said easyJet Chief Executive Johan Lundgren.

Police have still not announced the suspected source of the drones or charged anyone with any offence.

Flights were briefly disrupted at Heathrow after a drone sighting on January 9.