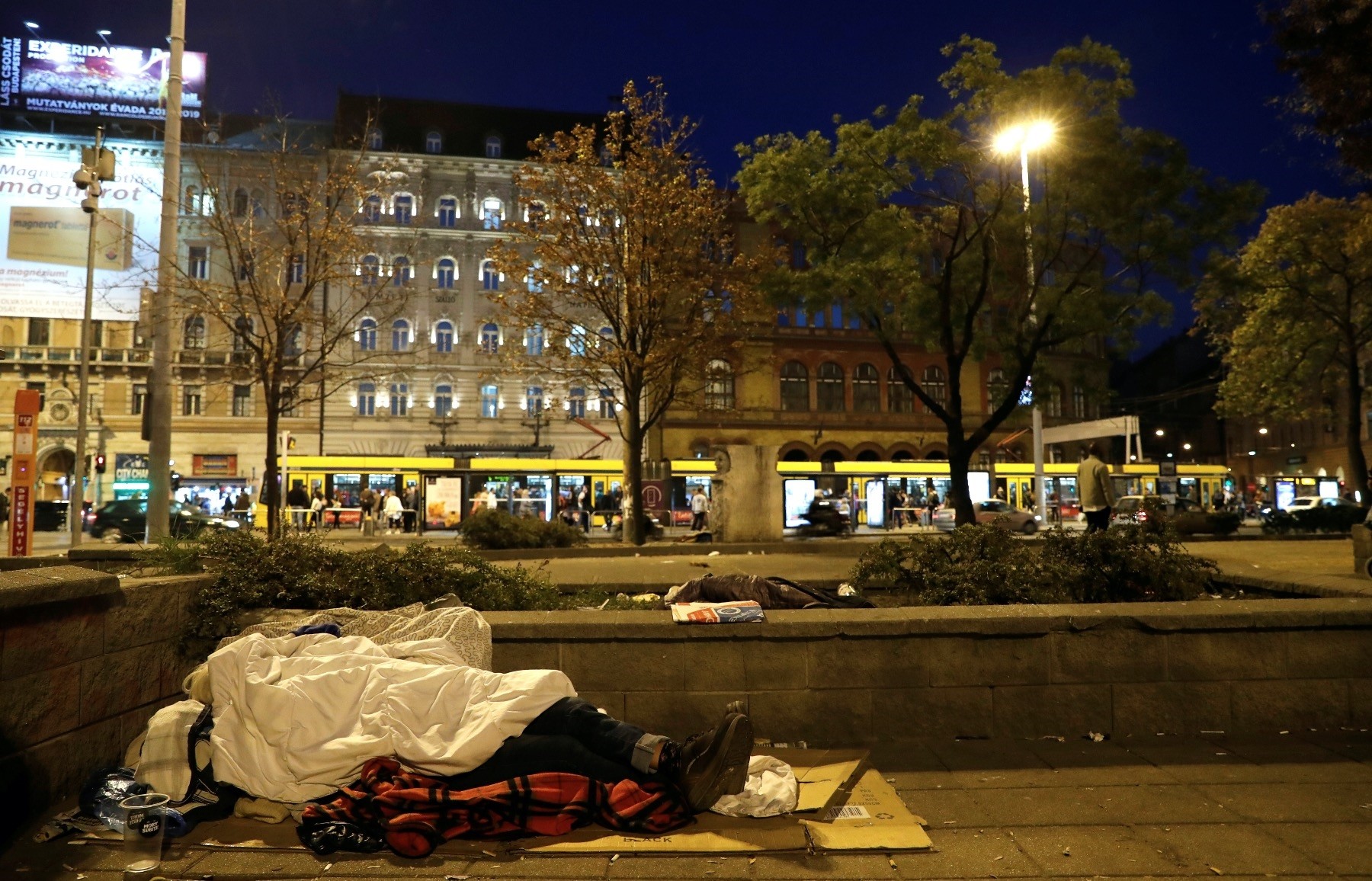 Since the country's controversial ban on living in public areas was imposed in October 2018, 87 people have frozen to death, the Hungarian Social Forum (MSZF) reported on Wednesday.

According to the statement released by the MSZF, many of the victims lost their lives due to with the severe cold or died while being transferred to hospitals for treatment. The deaths were recorded between Oct. 15, when the Hungarian government officially banned rough sleeping, and Jan. 19.

The MSFZ said that a commemorative ceremony for the victims was held in Budapest's Kossuth Square.

The forum also noted that over 8,000 people have died in the country as a result of freezing temperatures since 1990.

A constitutional amendment that prohibits people from living in public areas took effect in October.

The revision empowers police to issue warnings to anyone seen living rough. Penalties for homeless people who receive four warnings within 90 days include jail time or up to six months in a public works program. The homeless ban, as it is now called by most, was proposed in June, and a constitutional amendment regarding it was subsequently approved, branding rough sleeping a crime, along with other controversial articles meant to protect Hungary's Christian culture and greatly limit the chances of refugees receiving asylum.

Courts declared an earlier attempt by Prime Minister Viktor Orban's government to outlaw homelessness to be unconstitutional. Advocates for the homeless say the ban and the threat of jail time for violators are unlikely to solve the homeless issue, especially when many of those on the streets need medical and psychological care most shelters can't provide.