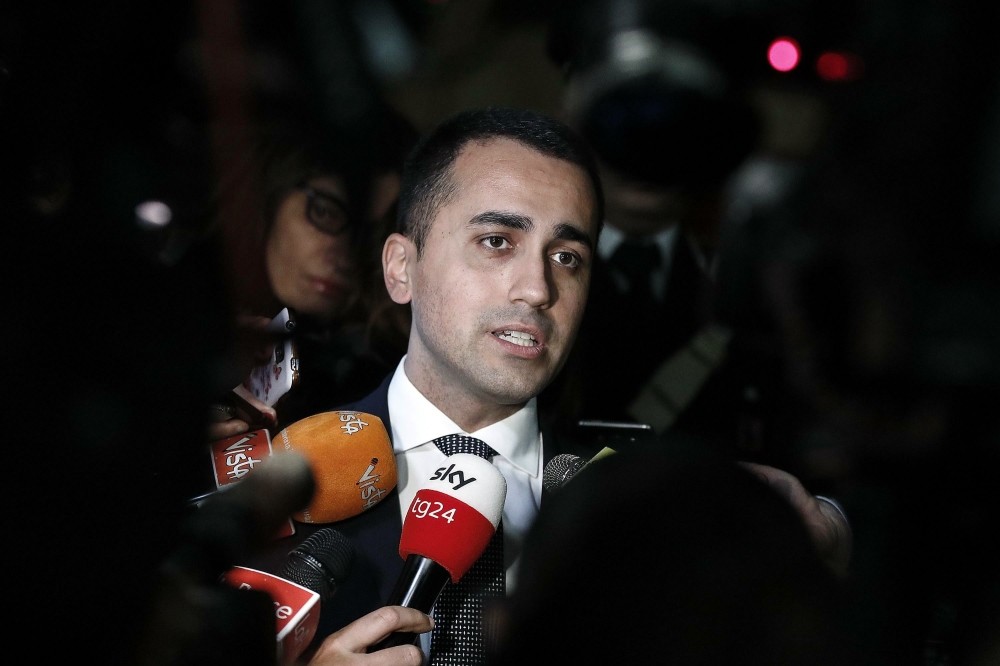 France's Foreign Ministry summoned the Italian ambassador Monday over sharp anti-French comments from an Italian official about Europe's migrant crisis, the latest sign of serious tensions between the populist government in Rome and French President Emmanuel Macron. A French diplomatic official said Italian Ambassador Teresa Castaldo was questioned Monday about the "unfriendly and baseless" comments. The official said they run counter to the "Franco-Italian partnership" and the sense of "European community." The diplomat wasn't authorized to be publicly named.

With Italy's government on the defensive over the recent deaths of migrants at sea, Italian Deputy Premier Luigi Di Maio sought to shift the blame onto France. Speaking Sunday, Di Maio said France is leading colonial-style policies in Africa that are "impoverishing" Africans and driving them to Europe's shores. Responding to the summoning of his Paris ambassador, Di Maio dismissed the idea of a "diplomatic incident" between the two countries.

"France is one of these countries which, because it prints the currency of 14 African countries, hampers development and contributes to the departure of refugees," he said, citing a refrain commonly heard among some leftists and anti-imperialists. "If Europe wants to be brave, it must have the courage to confront the issue of decolonization in Africa."

Deputy Prime Minister Matteo Salvini backed up Di Maio, saying France was looking to extract wealth from Africa rather than helping countries develop their own economies, and pointed particularly to Libya, which has been in turmoil since a NATO-backed uprising in 2011 that overthrew strongman Muammar Gaddafi. "In Libya, France has no interest in stabilizing the situation, probably because it has oil interests that are opposed to those of Italy," Salvini told Canale 5 TV station.

The two governments have notably clashed over migration while triggering a diplomatic spat between France and Italy over the Italian border town of Ventimiglia. The pretty northern town at the gates of the French Riviera has received tens of thousands of asylum seekers pushed back by France since the eruption of Europe's worst migration crisis three years ago. Last June, Di Maio accused French President Macron of being arrogant over the migration issue. In answer to comments by Macron, who said migration flows towards Europe had reduced compared with a few years ago, Di Maio said Macron's words showed he was out of touch. "If for the arrogant President Macron this is not a problem, we invite him to stop insulting and to show instead some concrete generosity by opening up France's many ports and letting children, men and women through at Ventimiglia," Di Maio wrote on his Facebook page.

In another example of souring relations between the two countries, De Maio's populist 5-Star Movement (M5S) is also courting France's "yellow vest" anti-government movement and has repeatedly criticized Macron. The protesters drew support from the leading figures of the populist government in Rome as they urged the yellow vests to continue, in comments which risk ramping up Italy's war of words with Macron. "Yellow vests, do not weaken!" Deputy Prime Minister Luigi Di Maio, who heads the anti-establishment M5S , wrote on his party's blog.Taking Italy's prominent figures' overt support for the yellow vest protesters into account, the French government decried foreign powers that give support for vandalism across the country.