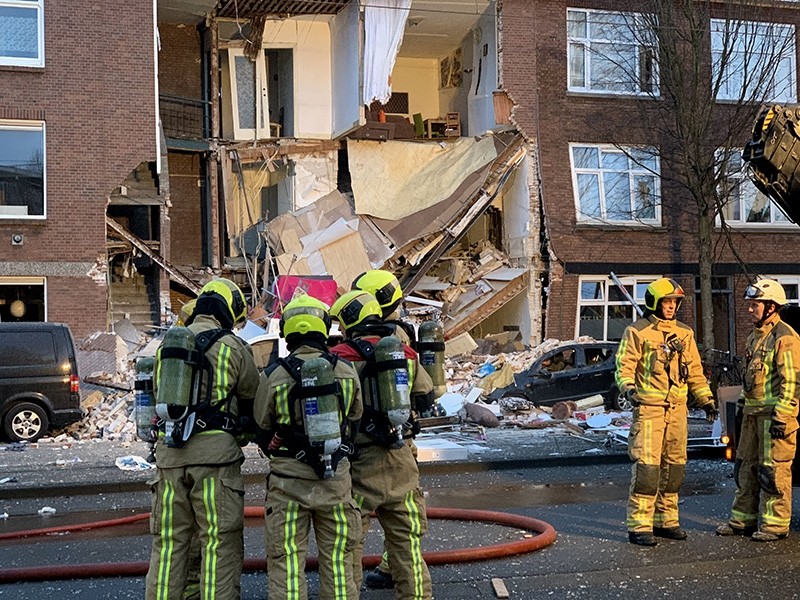 Dutch emergency workers rescued three people from the rubble of a low-rise apartment building in the Hague after a gas explosion Sunday and searched for one more person believed to be trapped.

The Hague Fire Brigade said in a tweet that nine people in total were injured by the explosion that blew the facade off part of the three-story building in a residential neighborhood. Seven were taken to nearby hospitals for treatment. Their conditions were not immediately known.

The explosion scattered broken glass more than a block away and left a white van and a car badly damaged.

As darkness fell, fire engine lights shined on exposed rooms where a sofa, table and chairs still could be seen on the third floor.