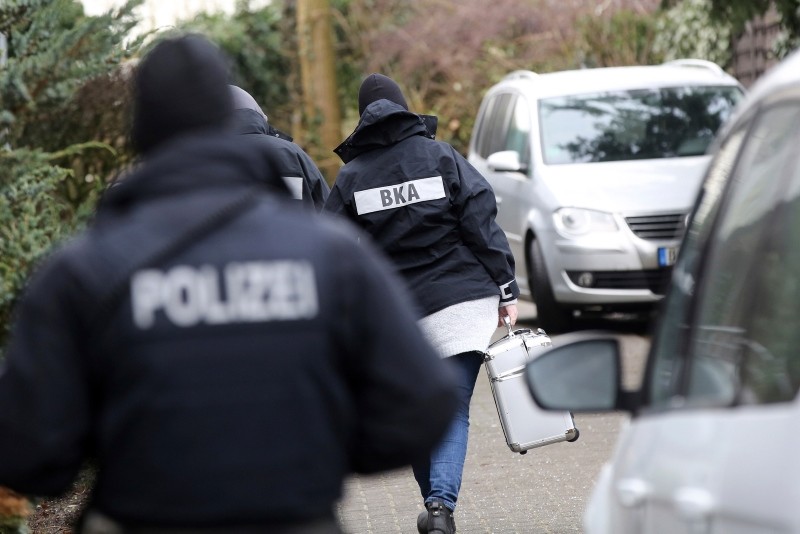 German authorities arrested three suspected extremists Wednesday on allegations they were planning a bombing attack, and searched properties in three states in connection with their investigation.

Federal prosecutors said Iraqis Shahin F. and Hersh F., both 23, and Rauf S., 36, were taken into custody in an early morning raid by a police SWAT team in the area of Dithmarschen in the northern state of Schleswig - Holstein, near the border with Denmark.

In addition, searches were carried out of other residences in northern and southwestern Germany of people linked to the three main suspects but not currently to the bomb plot.

The two younger men are suspected of preparing a bomb attack and violating weapons laws, and Rauf S. is alleged to have aided them. Their last names were not given in line with German privacy laws.

The men appear to have been in the early stages of planning, said Frauke Koehler, a spokeswoman for the Federal Prosecutors Office.

"We believe that Shahin F. and Hersh F. were firmly committed to carrying out an attack," she told reporters. "But (...) according to our information the concrete target and timing of the attack weren't determined yet."

Prosecutors allege the two men decided in late 2018 to "carry out an attack motivated by Islamic extremism in Germany." There are indications that they sympathized with Daesh, but Koehler said there was no evidence so far the men were members of, or directed by, the extremist group.

In December, Shahin F. downloaded "various instructions" on how to build a bomb, and ordered a detonator from a contact person in Britain, prosecutors said. Its delivery, however, was stopped by British law enforcement agencies.

At the same time, the two carried out tests using some 250 grams (almost 9 ounces) of gunpowder extracted from New Year's fireworks, and asked Rauf S. to procure a firearm, prosecutors said.

He is alleged to have contacted Walid Khaled Y.Y., also an Iraqi, who offered them a Russian semi-automatic Makarov 9mm pistol, prosecutors said. But the seller wanted at least 1,200 euros ($1,370) for the weapon, which was considered too expensive so it wasn't purchased.

Y.Y.'s home in the Schwerin area was searched as part of Wednesday's operation, and he is being investigated for alleged weapons and drug violations, prosecutors in the state of Mecklenburg-Western Pomerania told The Associated Press.

In preparation for the possibility of using a vehicle in the attack, Shahin F. started taking driving lessons, federal prosecutors said. All three will appear before federal judges late Wednesday, to decide whether they should be kept in custody while the investigation continues.

Koehler said authorities received a tip about the alleged plot in late 2018 from Germany's domestic intelligence service, but did not say how the agency started tracking the suspects.

It was not immediately clear when the suspects came to Germany. News site Spiegel Online reported, quoting unnamed security sources that the men had arrived in Germany in the autumn of 2015, at the height of the refugee influx that brought over a million asylum seekers.

One of the suspects had allegedly spoken of wanting to target the largest possible group of "non-believers, but not children", Spiegel Online said.

More than 1 million asylum-seekers entered Germany in 2015-16, most from Syria, Iraq and Afghanistan. The involvement of several asylum-seekers in extremist attacks or plots has helped boost support for the anti-migrant Alternative for Germany (AfD) party.

In the only mass-casualty terrorist attack in Germany, Tunisian asylum-seeker Anis Amri hijacked a truck in 2016 and drove it into a crowded Christmas market in Berlin, killing 12 people and wounding dozens. The Daesh group later claimed responsibility.