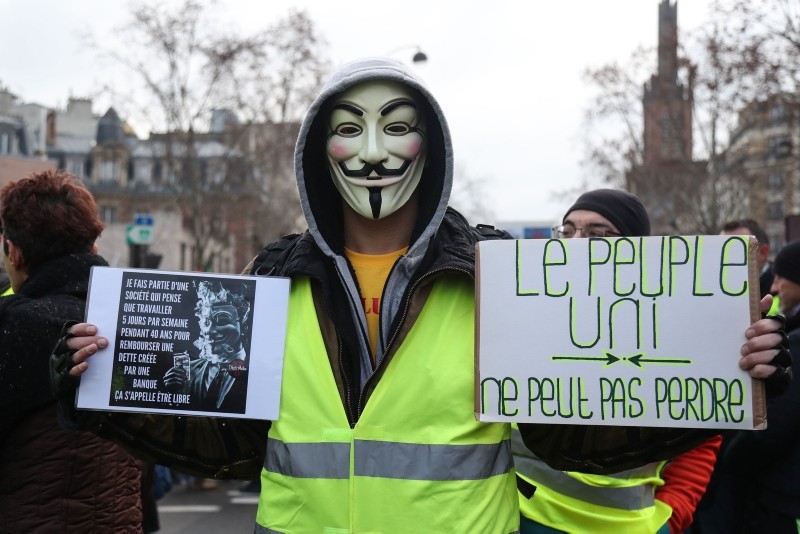 France's parliament on Tuesday passed a bill aimed at curbing violent protests in response to three months of anti-government demonstrations by the grassroots "yellow vests" movement.

Despite criticism that the law could curb civil liberties, it passed the lower house, the national assembly, by 387 votes to 92 thanks to the comfortable majority enjoyed by President Emmanuel Macron's centrist LREM party. It will now be discussed in the upper house, but the assembly has the last word.

The "yellow vest" movement erupted in November as a protest against fuel taxes but has morphed into a broader revolt against inequality and Macron's presidency. It takes its name from the fluorescent vests that motorists in France carry in their cars.

Rioters ran amok in Paris during the early street protests, torching cars, smashing luxury boutiques and defacing the Arc de Triomphe. It was among the worst violence the capital has experienced since a 1968 student uprising.