EU will not block Brexit extension if UK asks for it, Juncker says 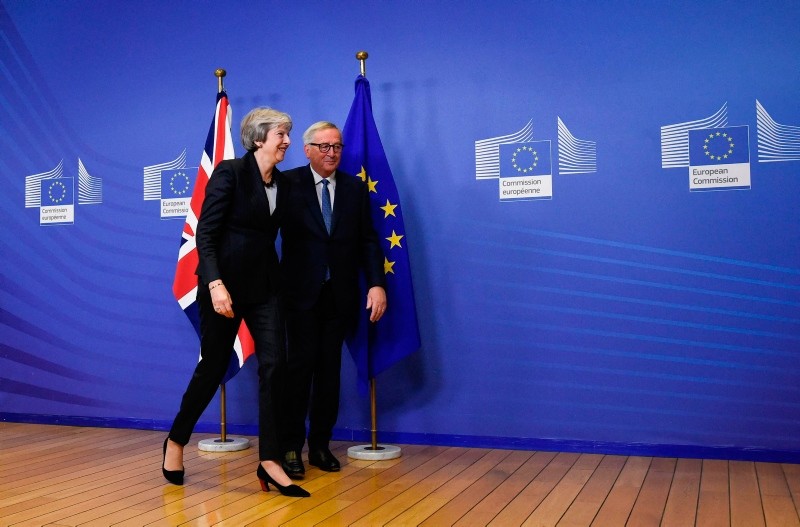 British Prime Minister Theresa May and EU Commission President Jean-Claude Juncker leave after a press briefing during a meeting at the EU Headquarters in Brussels on November 21, 2018. (AFP Photo)
by Compiled from Wire Services Feb 19, 2019 9:56 pm

If Britain asks for a delay to its departure from the European Union, none of the existing members will stand in its way, European Commission President Jean-Claude Juncker said on Tuesday.

But, speaking at an event in the German city of Stuttgart, Juncker added that if the extension lasted until the European Parliament elections at the end of May, British voters would have to take part in the polls.

The Brexit deal negotiated between May and the EU last year — and rejected by Britain's Parliament last month — includes a long transition period after Britain leaves the bloc on March 29 to give time for new trade relations to be set up.

If the U.K. Parliament does not agree on the deal before March 29, Britain risks a chaotic departure that could be costly to businesses and ordinary people on both sides of the Channel.

The uncertainty has already led many firms to shift some operations abroad, stockpile goods or defer investment decisions.

On Tuesday, Honda announced it will close its only U.K. plant in 2021. The automaker said the decision was not directly related to Brexit, but U.K. Business Secretary Greg Clark said "decisions like Honda's this morning demonstrates starkly how much is at stake."

With less than six weeks to go until March 29, chances are growing that Britain will seek to postpone its departure from the EU.

Business Minister Richard Harrington told a manufacturers' conference Tuesday that if May could not get her deal through Parliament on a second try before March 29, there would likely be "a small extension" to the Brexit deadline so Parliament could come up with a new plan.

An extension of Article 50 - which determines the exit date - must be agreed unanimously by all the EU's remaining 27 member states.