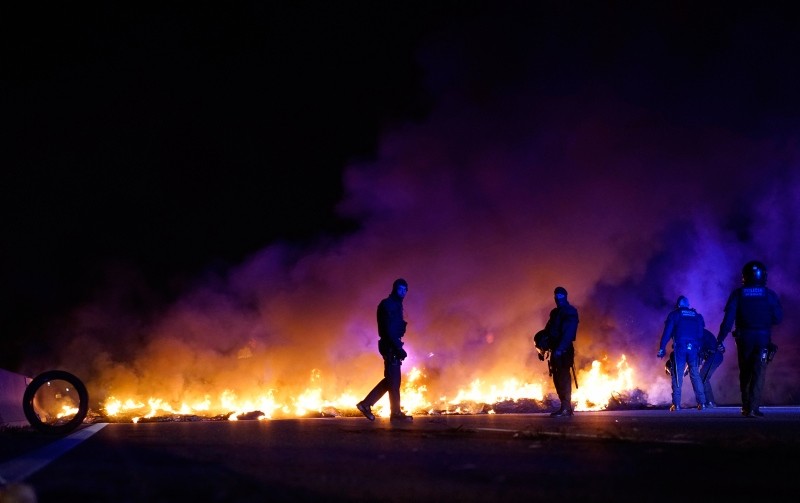 Police officers try to remove burning tires, set by demonstrators to block a highway in protest of the imprisonment of pro-independence political leaders during a general strike in Catalonia, Spain, Thursday, Feb. 21, 2019. (AP Photo)
by Associated Press Feb 21, 2019 12:00 am

Strikers advocating for Catalonia to secede from Spain are blocking major highways, train tracks and roads across the northeastern region.

Thursday's general strike has been organized by unions of pro-independence workers and students. On paper, they are demanding improved social policies including a 35-hour work week and a higher minimum wage but the protests are being fueled by outrage at Spain for putting on trial a dozen separatists who pushed for Catalan independence in 2017.

Catalonia's transit authorities say the disruptions are affecting main thoroughfares in Barcelona and half a dozen major highways and railway tracks elsewhere in Catalonia. Protesters burned tires at one of the highways.

In Barcelona, students and the pro-secession group ANC are holding separate marches later Thursday. ANC's protest slogan is "self-determination is not a crime."