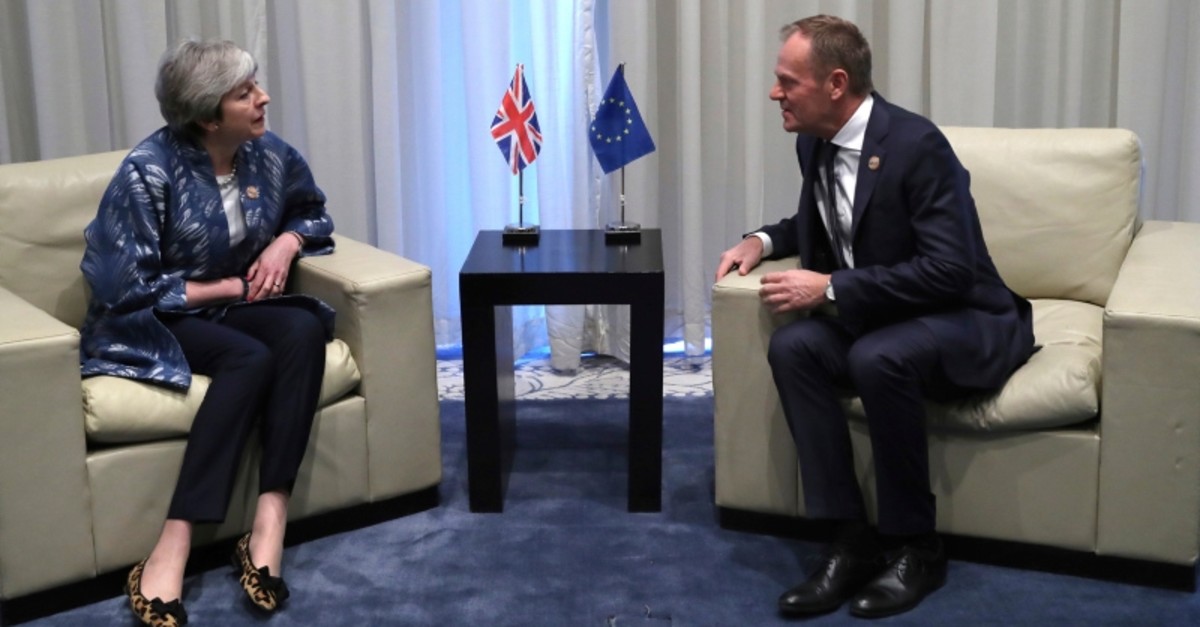 EU Council President Donald Tusk speaks with British PM Theresa May during a bilateral meeting on the sidelines of a summit of EU and Arab leaders at the Sharm El Sheikh convention center in Egypt, Sunday, Feb. 24, 2019. (AP Photo)
by Feb 25, 2019 12:00 am

European Council President Donald Tusk said on Monday that delaying Brexit beyond the scheduled exit date of March 29 would be a "rational solution" as there was no majority in the British parliament to approve a divorce deal.

"I believe that in the situation we are in, an extension would be a rational decision, but Prime Minister May still believes she will be able to avoid this scenario," Tusk told a news conference in Egypt a day after seeing the British leader.

Tusk said May and he discussed "legal and political context of a potential extension" of Britain's two-year limit on Brexit negotiations that expires on March 29.

"For me, it's absolutely clear that there is no majority in the House of Commons to approve a deal. We will face an alternative, chaotic Brexit, or an extension," Tusk said.