Emiliano Sala's plane was not licensed for commercial use, crash report shows 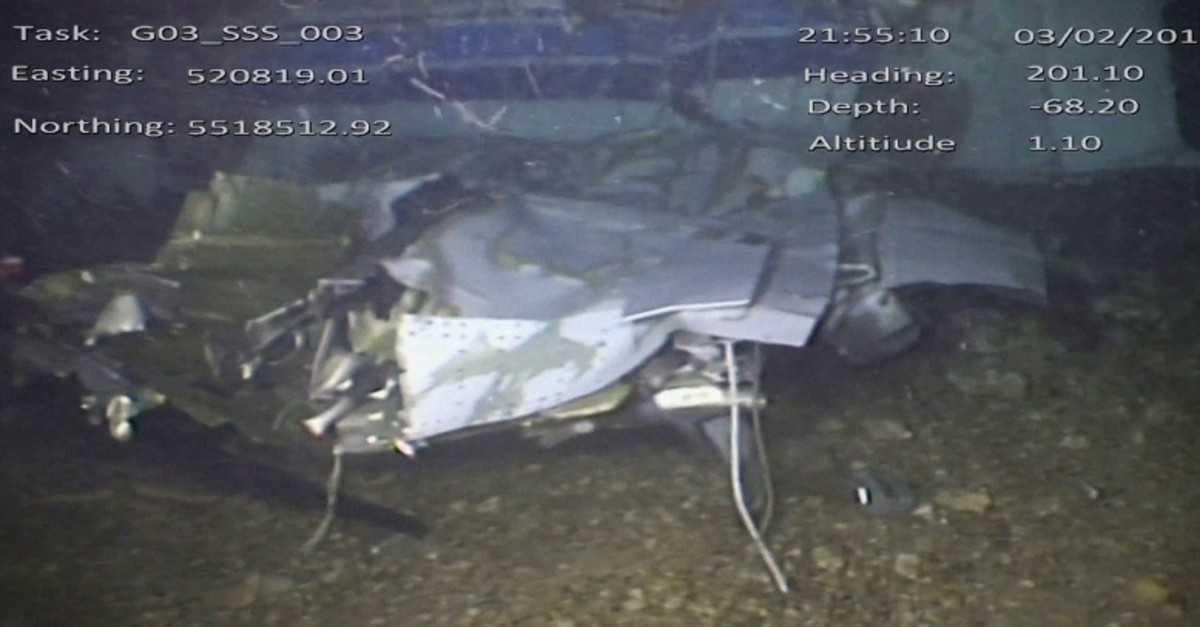 This still made from video provided by the Air Accidents Investigation Branch showing the wreckage of the plane which crashed into the Channel on Jan. 21, 2019 killing footballer Emiliano Sala. (AAIB via AP)
by Associated Press Feb 25, 2019 8:19 pm

With legal implications and potential insurance claims at stake, air accident investigators on Monday called into question the circumstances of the flight that crashed in the English Channel while taking football player Emiliano Sala to Cardiff.

Britain's Air Accident Investigation Branch released its initial findings a month after the United States-registered single-engine aircraft crashed with Sala and pilot David Ibbotson on board. Sala's body was recovered from the wreckage two weeks later, but the pilot has not been found.

Investigators said the pilot and plane were not licensed by authorities for commercial flights.

That would be a significant factor in any potential prosecution of the plane's unidentified owner or compensation claims linked to the transfer fee if investigators establish the journey could not be considered a private flight. Commercial flight regulations would not be applicable if costs were being shared and the journey was not specifically to take Sala from the French city of Nantes to his new club in Cardiff.

Police in the southwest English county of Dorset said they are supporting a coroner's investigation into the circumstances of Sala's death.

Cardiff agreed to pay a club-record fee of 15 million pounds (about $20 million) to Nantes for the 28-year-old Argentine striker. Club chairman Mehmet Dalman previously said Cardiff was "gathering information" on the circumstances around the crash.

Half of the operating expenses must have been paid by the pilot for it to be considered a private flight with only two people aboard.

"The flight must not be made for the purpose of merely transporting the passenger," the AAIB said.

Mark McKay, one of the brokers of the transfer, said last month that he helped to organize a "private flight" for Sala, who had returned to Nantes after signing the deal in Cardiff.

There was no application to the Federal Aviation Administration in the United States or Britain's Civil Aviation Agency "to operate the aircraft for commercial reasons," the AAIB said. The CAA has the power to investigate and prosecute any breaches of aviation safety rules.

The Piper PA-46-310P Malibu plane has yet to be recovered from the seabed.

"It is thought that the pilot's license and logbook were lost with the aircraft and so the ratings on his licenses and their validity, and the extent of his recent flying have not yet been determined," the AAIB said.

The last radio communication received from the aircraft on Jan. 21 at 8:12 p.m. was a request from the pilot to reduce altitude for a second time. According to radar readings, the plane turned left and right, and descended gradually and climbed rapidly before crashing four minutes later.