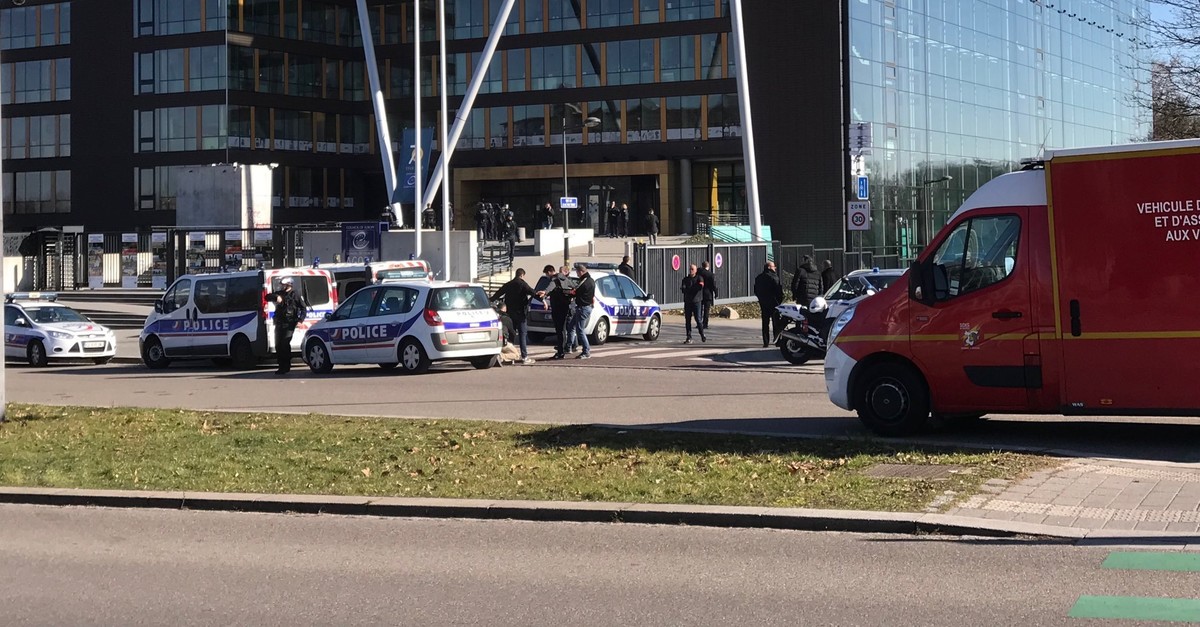 Sympathizers of the PKK terrorist organization attacked the Council of Europe and police officers in Strasbourg, France, resulting in three injured police and 43 detainees, French media reported on Monday.

According to local media, PKK supporters staged demonstrations in front of the building of the Council of Europe in a bid to protest the detention conditions of the terror group's jailed leader Abdullah Öcalan.

The 70-year-old Öcalan, who founded the PKK in 1978, was captured in 1999 and sentenced to the death penalty due to his role in the terrorist group's decades-long campaign against the Turkish state. After the abolition of the death penalty in Turkey in 2002, Öcalan's sentence was commuted to life imprisonment. He is being held in a high security prison on İmralı Island in the Sea of Marmara.

A group of PKK sympathizers attacked police officers by throwing stones, projectiles and sticks, breaking the Agora building's windows and glass doors, plus setting fire to garbage cans. Police were also targeted by the demonstrators.

Speaking to reporters, Daniel Holtgen, the director of communications at the Council of Europe, said: "Everybody is entitled to peaceful demonstration, but violence and vandalism are unacceptable."

Heavy security measures were taken on the Avenue de l'Europe, where the demonstration took place.

The PKK is listed as a terrorist group by the EU, the U.S. and Turkey. However, some EU countries have ignored the presence of the group in their countries, allowing its followers to hold mass rallies in their cities. The PKK has also used the EU to bolster its financial resources, recruitment and as a safe haven for its leadership. However, despite benefiting from freedom in Europe, the terrorists also do not refrain from often attacking European cities.