Pro-Russian Socialist Party leads in Moldova elections but without majority 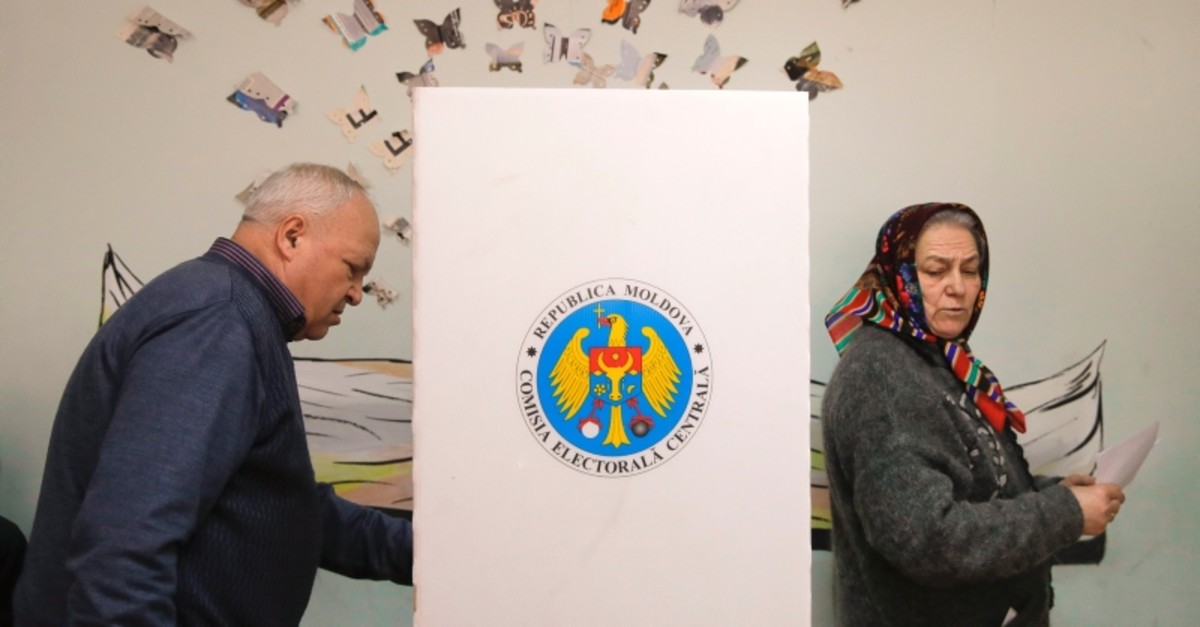 Moldova's pro-Russian Socialist Party edged out its pro-European rival to take the most votes in a parliamentary election, results showed Monday, but without the majority needed to avoid a hung parliament.

Sunday's vote was being watched for signs of whether ex-Soviet Moldova would seek to strengthen ties with Moscow or move closer Europe.

The inconclusive results, and widespread accusations of fraud, will make coalition talks difficult and could lead to protests or even another election within weeks.

With nearly all votes counted, the Socialist party close to President Igor Dodon was in the lead with 31 percent, the election commission said.

Dodon, an ally of Russian President Vladimir Putin, has pushed for Moldova to join the Moscow-dominated Eurasian Economic Union.

The pro-European ACUM bloc, which wants Moldova to seek closer ties with the European Union, came second with 26 percent.

The ruling pro-Western Democratic Party was third with 24 percent, despite accusations that it had organized massive election fraud.

The Organization for Security and Co-operation in Europe on Monday said the closely-watched parliamentary election was competitive but criticized "strong indications of vote buying."

The OSCE said Sunday's vote was "tainted by allegations of pressure on public employees" and "the misuse of state resources." Both pro-Moscow and pro-EU forces have accused the ruling Democratic party of massive election fraud.

The Socialists and ACUM accused the Democratic Party, led by powerful oligarch Vlad Plahotniuc, of bussing in people from Moldova's breakaway region of Transnistria and telling them how to vote.

The election campaign was chaotic, with ACUM leaders at one point claiming they were poisoned and Russian authorities accusing Plahotniuc of running a vast money-laundering scheme in 2013-14.

Foreign election observers are to give a briefing later Monday on the conduct of the election, potentially giving critics ammunition to claim the vote was undemocratic.

Horse-trading to form a government will be especially complicated as the vote was held under a new electoral system that divides the 101-seat parliament into seats elected by party lists and by individual constituencies.

Wedged between Ukraine and Romania, Moldova has struggled to find its place since gaining independence with the 1991 collapse of the Soviet Union.

While many in the country of 3.5 million people want to maintain close ties with Moscow, others seek to follow the example of Romania — with which Moldova shares a language and long history — and look west to the EU.

Relations with the EU have deteriorated in recent months. Last November, Brussels reduced aid citing a "deterioration of the rule of law" — a reference mainly to corruption.