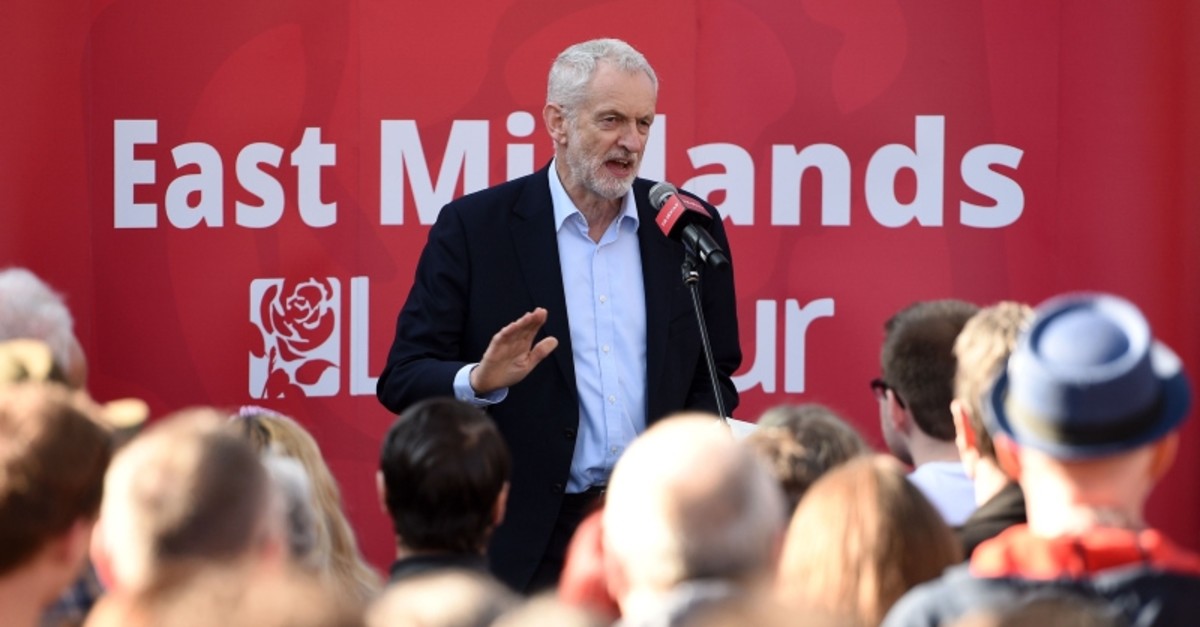 Britain's main opposition Labour Party on Monday said it was committed to eventually supporting a second referendum on leaving the European Union if its own plan for Brexit is not approved.

The party previously said it would support a referendum as a last resort if it could not secure a new election or make changes to Prime Minister Theresa May's EU divorce deal.

In a change of emphasis, the party said leader Jeremy Corbyn will tell Labour lawmakers on Monday that the party is committed to "putting forward or supporting an amendment in favor of a public vote to prevent a damaging Tory Brexit being forced on the country."

"One way or another, we will do everything in our power to prevent 'no deal,'" Corbyn said in advance remarks from his speech to Labour lawmakers.

Britain is due to leave the EU on March 29 but Parliament has so far rejected the deal struck between May's government and the bloc. Parliament is due to hold a series of votes Wednesday on next steps in the Brexit process.

With just over a month until Britain is due to leave the bloc, Prime Minister Theresa May is seeking changes to her exit deal in order to break an impasse in parliament.

Labour's decision could damage her hopes of winning support for a revised deal in a vote she has promised by March 12, by attracting those who would have backed her agreement to avoid a no-deal exit but who prefer a second referendum.

Labour said it would put forward an amendment calling on the government to adopt its Brexit proposals, which include a permanent customs union with the EU and close alignment with the bloc's single market.

Parliament is not expected to back Labour's Brexit plan.

Labour said it would support a bid by its lawmaker Yvette Cooper to give parliament the legal power to force May to delay Brexit by seeking an extension to the Article 50 negotiating period.

That amendment may not come at this week's vote in parliament however.

A proposal by Labour lawmakers Peter Kyle and Phil Wilson that May's deal be put to the public in another referendum will not be put forward for a vote in parliament until May brings her agreement back for approval.

"There's no turning back for Jeremy now," Kyle said.

Corbyn has been under pressure for some time to support a second referendum. Last week, eight referendum-supporting lawmakers quit the Labour Party, in part owing to frustration over his failure to back another vote.

The prospect of holding a second vote poses a dilemma for Corbyn; while many of the party's members and supporters fervently back a so-called People's Vote, others simply want Britain to leave the EU as soon as possible.

Reaction from lawmakers in the meeting on Monday was split.

It remains unclear whether there is a majority in parliament in favour of holding another public vote and Labour lawmaker Stephen Kinnock said while he was pleased parliament would get a chance to express its view, he also had concerns.

"I still have deep reservations about the idea of having another referendum. I think it's going to be deeply divisive," he said.

The Remain Labour campaign group, which wants to stop Brexit, said the announcement was "a significant step forward".

"A second referendum was only ever possible with the votes of Labour Members of Parliament and we are now on the verge of making this happen," founder Andrew Lewin said in a statement.

"We are not complacent, but we are closer tonight to a People's Vote than we have ever bee