Ukraine's Poroshenko plagued by Russia smuggling claims ahead of elections 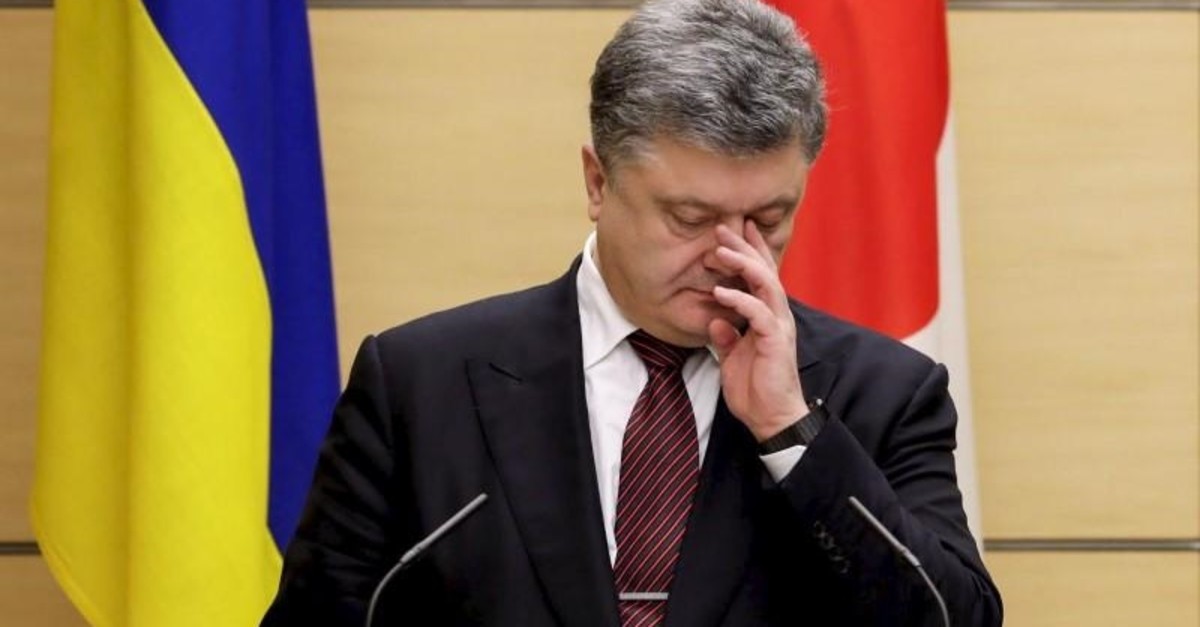 Ukrainian leader Petro Poroshenko, who faces a tough re-election bid next month, came under fire on Tuesday after his close associate was accused of enriching himself by smuggling military parts from Russia.

Accusations of ties involving Russia are extremely sensitive in Ukraine which has battled against Moscow-backed separatists since 2014, in a conflict that has claimed some 13,000 lives.

Ukrainians are due to elect a president on March 31, five years after a pro-Western popular uprising ousted a Kremlin-backed regime, Moscow annexed Crimea and war erupted between Kiev and pro-Moscow rebels in the east of the ex-Soviet country.

On Monday, an independent media outlet aired a report alleging that people close to Poroshenko had smuggled parts for military equipment from Russia.

The investigation claimed that close Poroshenko associate Oleg Gladkovsky, who is first deputy secretary of the National Security and Defense Council, and his son have been directly involved in the scheme.

It claimed they enriched themselves by selling the smuggled parts to state defense companies at highly inflated prices.

Poroshenko himself was not involved in the scheme but Bihus.info, the Kiev-based investigative journalism unit, claimed he turned a blind eye to protect Gladkovsky.

There was no immediate reaction from Poroshenko but his spokesman Svyatoslav Tsegolko said the leader had tasked law enforcement agencies with conducting an "urgent probe" into the matter.

Gladkovsky said he was temporarily stepping down from the security council for the time of the probe, a move Poroshenko approved.

"I categorically reject all allegations made in the so-called investigation," Gladkovsky said in a statement.

Many Ukrainians have been disillusioned with Poroshenko's rule, saying he has failed to rid the country of corruption, and observers expect the latest controversy may further complicate his bid to win a second term in office.

The current frontrunner in recent opinion polls is comedian and actor Volodymyr Zelensky, with more 26 percent saying they would vote for the 41-year-old.

An opinion poll published by the Kiev International Institute of Sociology on Monday put Poroshenko in second place with 18 percent, while former Prime Minister Yulia Tymoshenko came third with more than 13 percent.

After the publication of the investigation Tymoshenko accused Poroshenko of treason, saying he should be impeached. Frontrunner Zelensky said he "had no words."