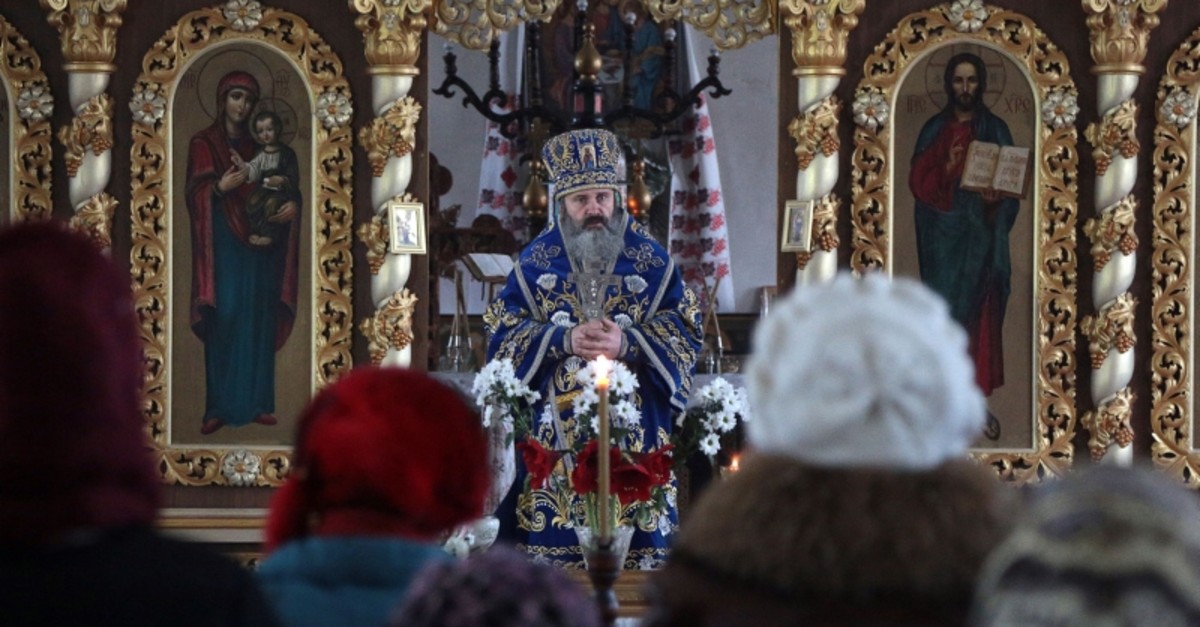 The head of the Ukrainian Orthodox Church in Crimea said he was arrested on Sunday by authorities in the Russian-annexed peninsula.

Father Kliment told AFP he was speaking by phone from a police station in the Crimean capital of Simferopol, where he had been arrested at a bus station.

Police did not tell him why he was being held, he said.

The arrest comes after a historic religious split between Kiev and Moscow, which may lead to the closure of Kliment's church, the Cathedral of Saint Vladimir and Saint Olga.

The press service of the Ukrainian Orthodox Church said in a statement Sunday that Kliment had planned to travel to Russia to attend the trial of a political prisoner.

Ukraine's foreign ministry voiced its concern over his detention and the human rights situation in the occupied peninsula.

Kliment said last month that Crimean authorities were set to revoke a lease on his church because he failed to register the parish in the Russian Federation.

As a Ukraine-aligned priest, he cannot do this, because Kiev considers the peninsula temporarily occupied Ukrainian territory.

For more than 300 years the Ukrainian Church was linked to the Moscow Patriarchate.

But Kiev now considers this unacceptable given Russia's annexation of Crimea and its support for separatist rebels in eastern Ukraine.