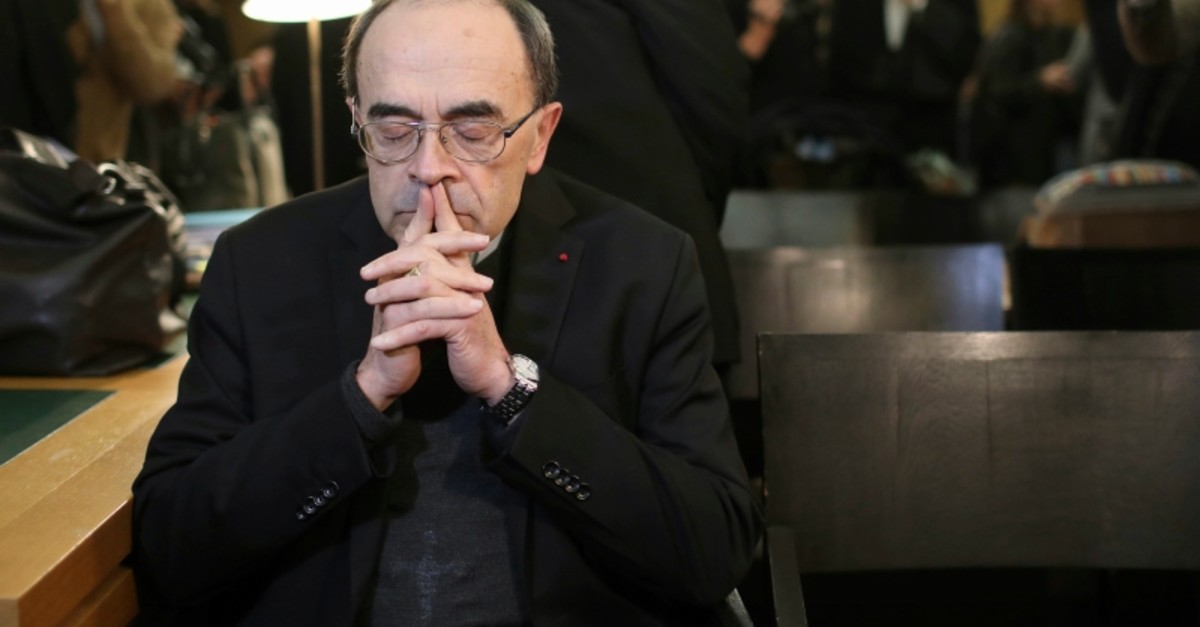 In this Jan. 7, 2019 file photo, French Cardinal Philippe Barbarin waits for the start of his trial at the Lyon courthouse, central France. (AP Photo)
by Compiled from Wire Services Mar 07, 2019 12:00 am

A French court convicted the Roman Catholic archbishop of Lyon on Thursday of failing to act on historic allegations of sexual abuse of boy scouts in his diocese, handing Cardinal Philippe Barbarin a six-month suspended jail sentence.

Barbarin is the highest-profile cleric to be caught up in the child sex abuse scandal inside the Catholic Church in France. He was found guilty of failing to report allegations of sexual abuse in the 1980s and early 1990s by a priest who is due to go on trial later this year.

His lawyers announced immediately that he would appeal the judgement.

"The reasoning of the court is not convincing," lawyer Jean-Felix Luciani told reporters. "We will contest this decision by all the means possible."

Barbarin, 68, faced long-standing allegations from victims' groups that he failed to report a priest under his authority to police after learning of abuse which took place in the 1980s and 90s.

Barbarin's trial put Europe's senior clergy in the spotlight at a time when Pope Francis is under fire for the church's response a sexual abuse crisis that has engulfed the church, deeply damaging its standing around the globe.

Clerics have been denounced in countries as far as Australia, Brazil, Chile, Ireland, and the United States, leading Pope Francis to promise to rid the church of a scourge that has done enormous damage to its standing.

The pontiff last month ended a conference on the sexual abuse of children by clergy by calling for an "all-out battle" against a crime that should be "erased from the face of the earth".