Uncertainty over fate of eastern Ukraine prevails as elections near 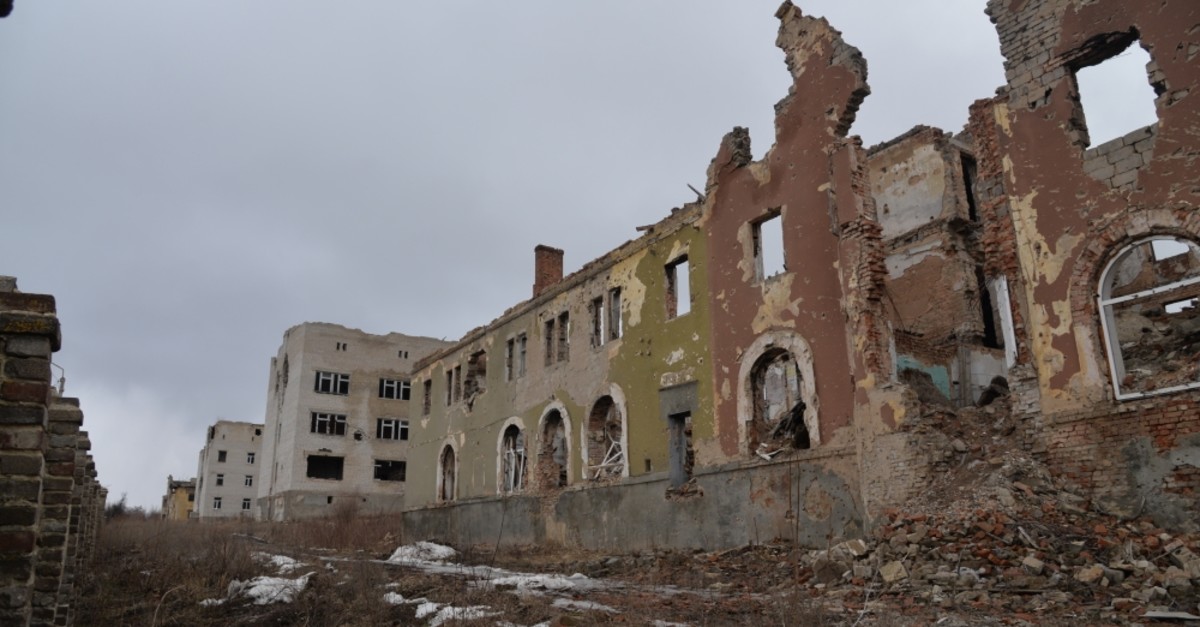 With presidential and parliamentary elections fast approaching, Ukrainians cling to hope for stability in eastern Ukraine and seek more international support for an end to the years-long conflict

A sign with the city's name riddled with bullet holes is seen by visitors upon arrival in Slavyansk in Ukraine's eastern Donetsk region, where clashes continue between Ukrainian military forces and Russian-backed separatists. 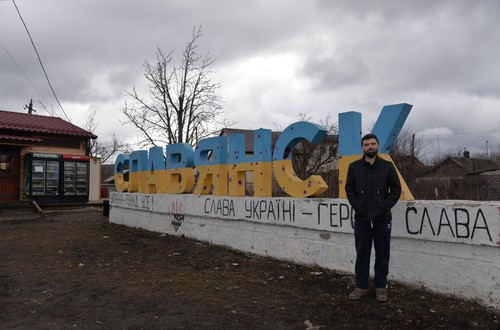 Government buildings in the city were captured by "masked men" with assault rifles in April 2014, as were cities in the Crimean Peninsula after the ouster of then-President Viktor Yanukovych as a result of the pro-EU "Euromaidan" protests. After nearly three months of separatist rule, the Ukrainian army forced them to retreat to Donetsk. I am walking through the construction of a new hospital in the city, emerging from the rubble of the old one, destroyed by shelling by the separatists.

It makes me wonder whether the Ukrainian government purposely refrains from removing building debris, just as some Balkan countries do so people won't forget about destruction by the "enemy." 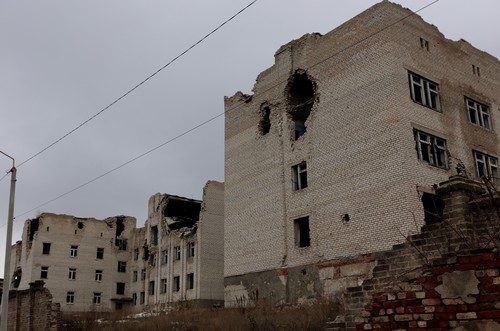 "After all, it somehow becomes our heritage," our translator says while pointing out another damaged building.

Traces of heavy clashes that took place five years ago are still visible in many locations of Slavyansk even though people have returned to their daily routines. Serhii Borysenko, an elementary school principal in the region that was completely wrecked during the clashes, said that education has returned with renovations and the students' psychology is fully recovering. 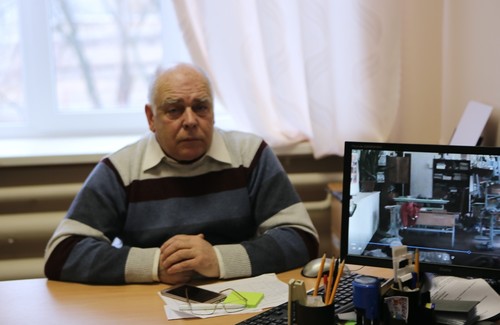 "They felt very fearful whenever they heard a loud crash. But now, with the help of voluntary psychologists, students have overcome their fears," he said.

The February 2015 Minsk Agreement, signed by the leaders of Russia, Ukraine, France and Germany, set out the necessary steps to stop violence against civilians in eastern Ukraine. However, the U.N. recently warned that the agreement remains "largely unimplemented."

Elections in Ukraine key for crisis

Although the Ukrainian army liberated the cities of Slavyansk, Mariupol and Severodonetsk after several months in 2014, significant parts of eastern Donetsk and Lugansk are still controlled by Russian-backed separatists, adversely affecting social and economic life in neighboring cities, since business activities are difficult and ambiguity about the future is growing.

"I am waiting for the results of the elections because if it remains the same, I will leave town and go somewhere else where can I realize myself," said Arif Bagirov, a civic activist and blogger living in the city of Severodonetsk in the Lugansk region. 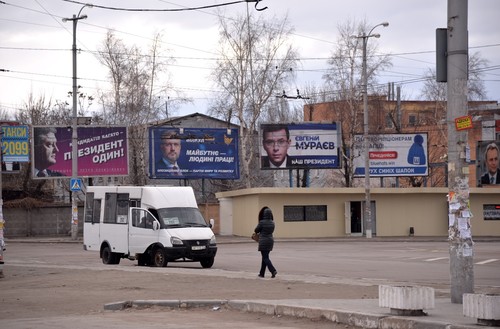 Last year, the two rebel-controlled regions in eastern Ukraine held leadership elections. Ukraine and its international backers condemned the vote as a sham manipulated by Russian authorities and in violation of a 2015 Minsk cease-fire agreement.

Amid the uncertainty, Kiev is inching closer to presidential elections on March 31, which is expected to directly affect the fate of the eastern part. Numerous presidential candidates have their own solutions for the occupied territories. Almost all of them emphasize the country's territorial integrity. Some, such as Yuriy Boyko, who is labeled pro-Russian, highlights "bringing peace" to the Donetsk and Lugansk regions. 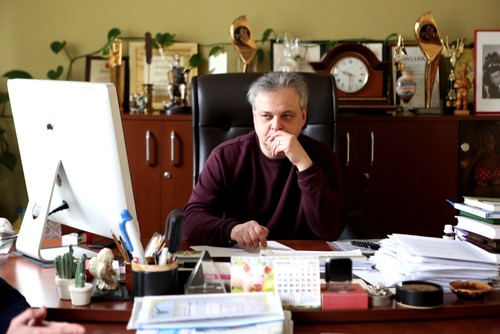 Serhii Rakhmanin, deputy editor-in-chief of the Dzerkalo Tyzhnia (Weekly Mirror) newspaper, said that the presidential election on March 31 would be a determining point on the road map to be followed for the occupied territories, adding that returning to pre-Maidan politics is not possible anymore since politicians are well aware of the change in public opinion. "Pro-Russian candidates are prudently concealing their views," Rakhmanin said.

Restoring occupied territories with large-scale military operations after the elections also remain on the table as a possible solution. However, some are wary of this method.

"At this time, I do not see an end to the conflict by military means. The new generation raised in Lugansk has the image of Ukraine as an enemy," said Viacheslav Shevchuk, a Ukraine's Defense Forces member who participated in military operations against rebels. 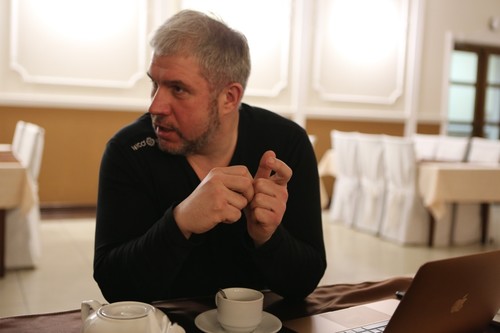 Bagirov agrees with Shevchuk, thinking that military intervention will not bring any productive result and soft power should be used to bring a solution.

Along with Lugansk and Donetsk, many Ukrainians cherish the hope of returning to the Crimean Peninsula, albeit at a diminished level. Oleksandr Levchenko, the adviser to Ukraine's Minister of Temporarily Occupied Territories, pointed out the "significant gap between defense spending and capabilities" between Ukraine and Russia, calling on the international community to give more support to the country to overcome the problem. 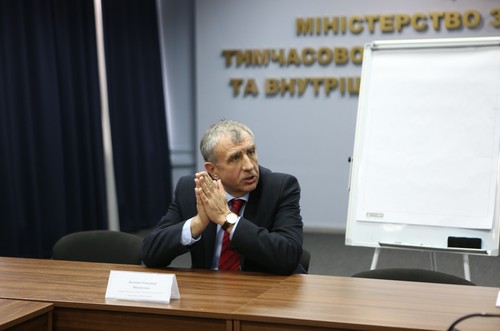 "We are aware of the impossibility of confronting Russia in open war; however, political, diplomatic, economic and media pressure by multiple countries can lead to certain results," Levchenko said. 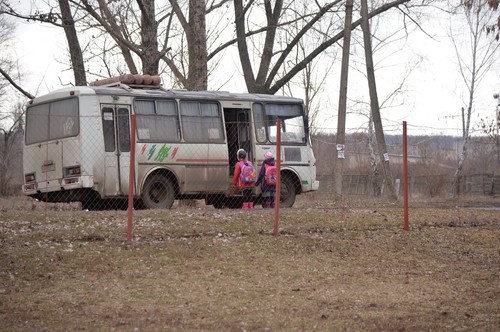 Students in school in Slavyansk

Despite the U.S. and Europe implementing economic sanctions following the annexation of the Crimean Peninsula in 2014, many think that much more pressure should be put on Russia through new measures. However, there are also some serious fractures on the issue, as the White House has been unwilling to confront Russia since Donald Trump took office. Also, some EU members, especially eastern European countries with strong commercial ties with Moscow or ideologically close to it, openly criticize Brussels' "hard-line" attitude against Moscow. On the other hand, Russia has increased its grip on Crimea by opening a bridge across the Kerch Strait in May 2018, causing severe financial damage to Ukrainian port cities, including Mariupol and Berdyansk. Also, the country has reportedly been providing a great deal of equipment to separatists in the east, according to the Ukrainian government.

Speaking on the issue at the U.N. General Assembly last September, Ukrainian President Petro Poroshenko said that multinational peacekeeping operation under a U.N. mandate could contribute to establishing a truce in Donbass. However, Russia strongly objects to this solution, emphasizing the right to self-government in the Donetsk and Lugansk regions.