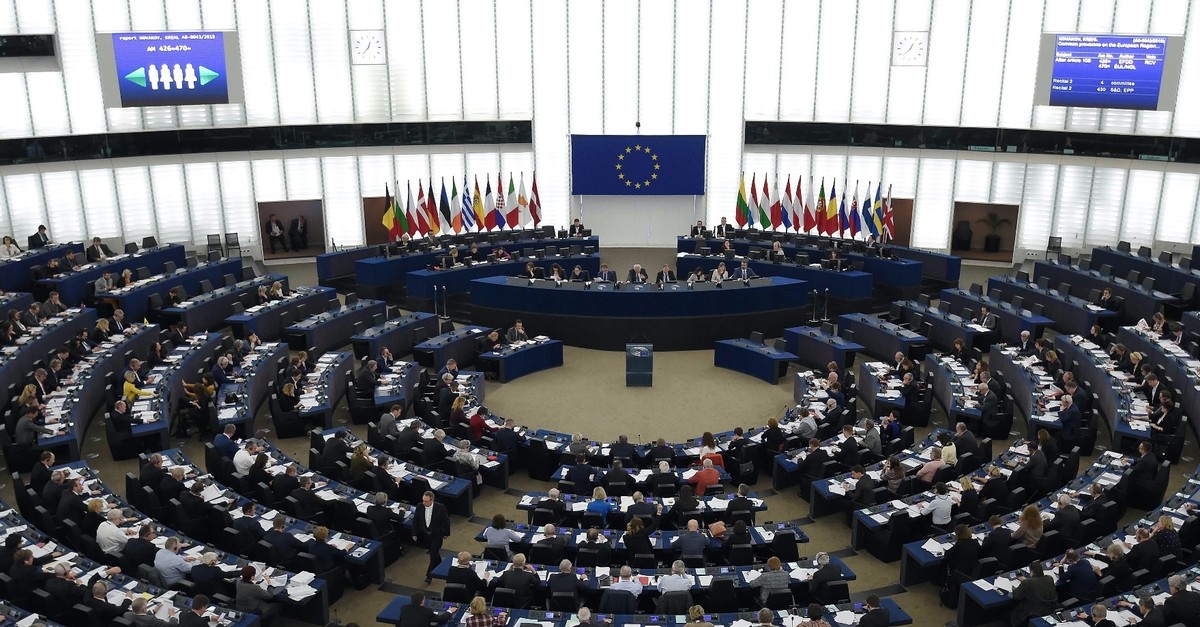 On a local and national level, euroskeptic parties have achieved major victories over the past half-decade, and new polls suggest that this trend will make an impact at the European level as well. A poll conducted by the German Bild media outlet in Germany, Austria, France, Italy, Spain and Poland concluded that important shifts were about to be seen in the upcoming May 23-26 European Parliament elections. Specifically, the Europe of Nations and Freedom (ENF) group is set to double its seats from 37 to 67 in the 705-seat semi-legislative body.

Pro-EU conservative and leftist parties are predicted to be the elections biggest losers following a continual streak of losses on the national level in each of those states polled and beyond.

The conservative European People's Party (EPP), the parliament's biggest group, is predicted to lose 43 seats, going down to 174 from 217.

The leftist Progressive Alliance of Socialists & Democrats (S&P), the second-largest group in the body, was also predicted to lose a further 45 seats, dropping to 141 from 186. According to the poll, the ENF's predicted strong showing at the European level is just the reflection of the political situation on the national level in countries like France, Germany, Italy, Poland and others.

Marine Le Pen's National Rally party, for example, is likely to receive 23 percent of the vote, while Institut Français d'opinion Publique (Ifop) polls place her at 27, as opposed to President Emmanuel Macron's dismal approval rating of under 30 percent. By contrast, Le Pen had won 21.30 percent of the 2017 French president elections' first round.

In Poland, a euroskeptic stronghold, Jaroslaw Kaczynski's Law and Justice (PiS) party, albeit not a member of the ENF group, is likely to get as much as 42 percent support within the Eastern European nation, which is set to hold its own parliamentary election in November of this year, however snap elections could bring them about earlier. Kaczynski's PiS achieved 37.5 percent support in the 2015 Polish parliamentary elections and continues to be the country's biggest party by a double-digit lead.

Poland's politics are expected to keep a steady course toward the right as its strong politically active and patriotic youth is one of the largest driving factors toward euroskepticism.

Chancellor Angela Merkel's Christian Democratic Union (CDU), together with its Bavarian sister party, the Christian Social Union (CSU), continue to be the country's largest group, with support of some 29 percent.

Other polls in Germany have shown the CDU/CSU union at 31 percent, the Social Democrats 15 percent, and the Alternative for Germany party (AfD), which is not a member of the ENF, at anywhere between 12 and 16 points.

Further leftist and centrist parties in Germany, namely the Greens, the Left and the he Liberals, are not faring as well as they'd like to either, scoring 15, 8 and 9 percentage points, respectively.

The European Parliament is the only body within the European Union to be directly elected, and even so, while it's been given the right to either pass or reject laws handed down to it by the unelected European Commission, it does not possess any form of legislative initiative, as most national parliaments of the European Union do.

The European Commission presents itself as a body which simply manages day-to-day business within the bloc, however, due to the fact that it's not directly accountable to any European voter, its popularity among European citizens is less than desired.

Furthermore, the concept of an ever-closer union proposed by European Commissioner Jean-Claude Juncker, as well as leaders such as President Macron and Chancellor Merkel, is widely unpopular and has been one of the most divisive issues on the entire continent; the key question is whether to revert to the EU's original mission of easy and practical cross-continental trade and peacekeeping, or push further toward political union and an eventual, and possibly unaccountable, "United States of Europe."

Initiatives pushed by the aforementioned leaders, such as the creation of a pan-European army, and presumably, navy and air force, are not popular among citizens either; and while support ranges from country to country, the responses are mostly negative.