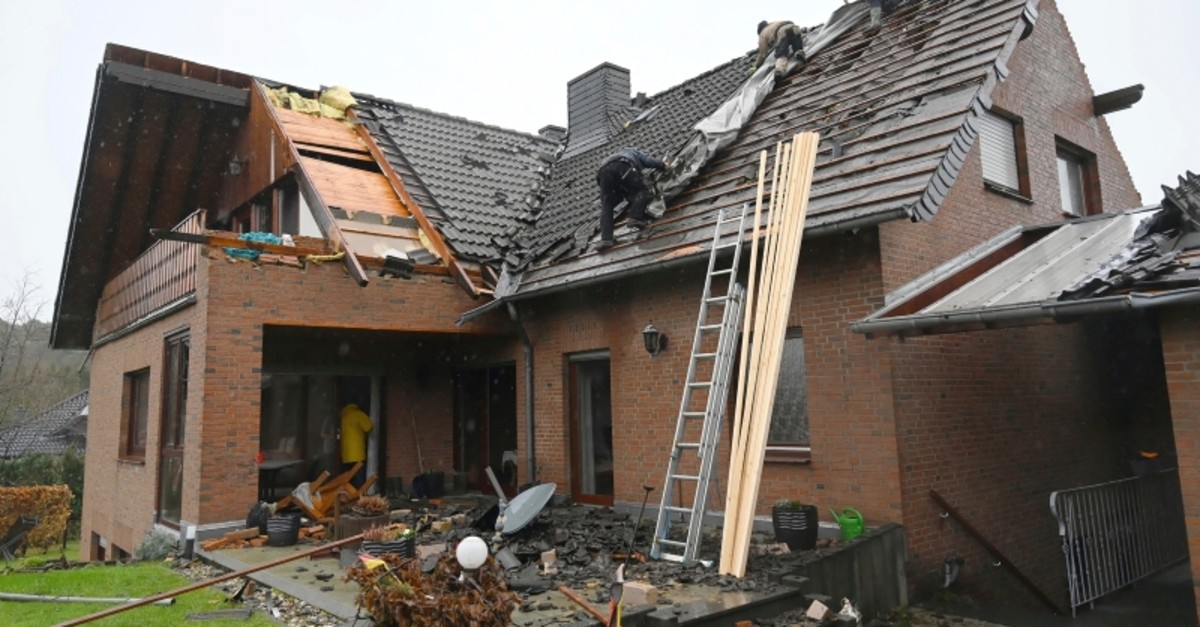 A tornado described by firefighters as "brief but fierce" has damaged about 30 houses in western Germany, leaving 10 uninhabitable.

Dozens of residents were forced to spend the night with friends or at a local hotel after the tornado hit Roetgen, near the border with Belgium, on Wednesday afternoon.

The local fire department said that up to 40 houses were damaged.

A video shows the tornado sweeping through the small town home to around 8,500 people.

A care station was opened at a local school to support the inhabitants of the town. The fire department estimated that around 30 people were in need of a temporary shelter, but assumed that most would stay with their relatives or friends.

Authorities said Thursday that five people were slightly injured, with four treated at a hospital.