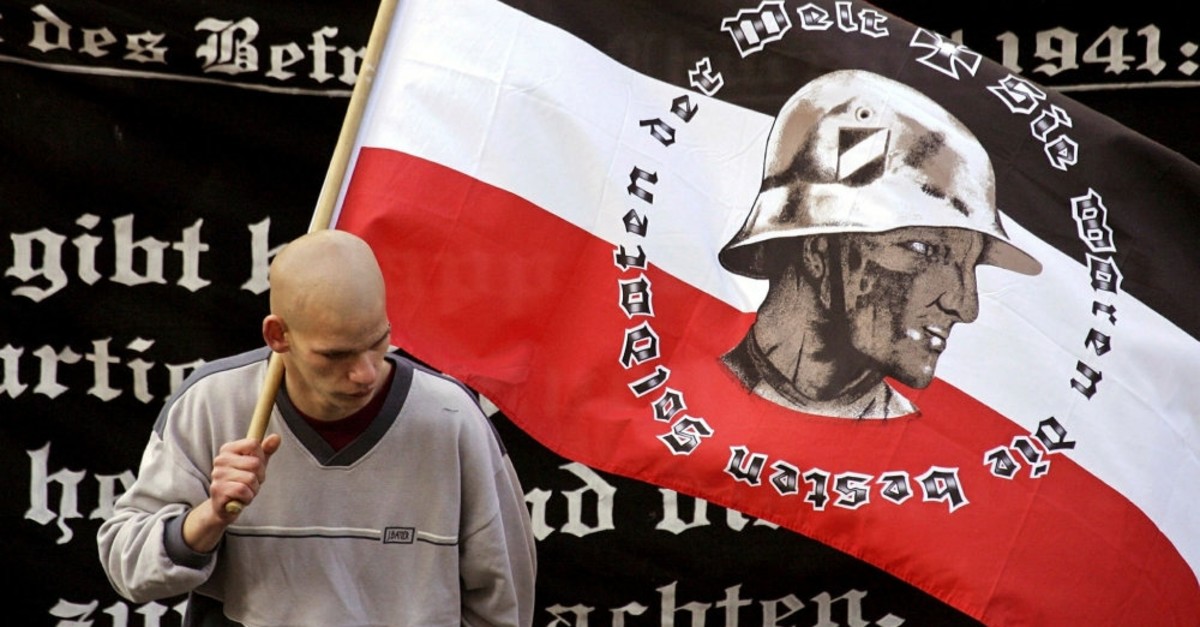 Facing growing far-right extremism, Germany has been shaken by more than 100 bomb and death threats sent by neo-Nazi groups to lawyers, politicians and institutions in recent weeks

More than 100 bomb and death threats were sent to lawyers, politicians and institutions in recent weeks, apparently by German neo-Nazi groups, local media reported Thursday, revealing the threat of a growing neo-Nazi presence in the country.

German language daily, Suddeutsche Zeitung reported that prosecutors have been working on a potential connection between various threatening emails recently sent to prominent public figures and institutions in different cities across Germany. The emails, all of which use similar wording, were signed off with "Wehrmacht," "National Socialist Offensive," or the "NSU 2.0," with a reference to the terrorist group, the National Socialist Underground (NSU).

As support for the far-right has increased over the last four years, German authorities are increasingly concerned over growing right-wing terrorism in the country. Lately, far-right groups have drawn up several "enemy lists" containing names and addresses of more than 25,000 people, a parliamentary inquiry revealed in July.

The German Interior Ministry said the lists were found in various police investigations and operations against far-right groups in the last seven years. Since 2016, Germany has conducted an increasing number of nationwide raids targeting right-wing groups, including houses, apartments and other properties believed to be owned by members of such groups, targeting the so-called "Reich citizens' movement," known as the Reichsbürgers.

Germany's extremist "Reich Citizen" and "Selbstverwalter" sovereign citizen movements are rapidly growing and their members are prepared to commit "the most serious acts of violence," according to an earlier report in Bild.

"Reich Citizens" and "Selbstverwalter" refers to a loose grouping of people in Germany who do not recognize the authority of the current system of government. There is no unified structure and several groups use the names despite very different belief systems.

Last year, the German Police Federation (GdP) acknowledged the presence of right-wing radical elements among its officers following the suspension of five officers in Frankfurt. The move came after an investigation into five officers who formed a far-right cell that shared pictures of Hitler and swastikas and sent death threats signed off with the NSU 2.0 to Seda Basay-Yildiz, a Turkish lawyer who represented the families of victims and her daughter. The investigation over the far-right network also widened to other cities.

According to the German Interior Ministry, crimes committed by far-right extremists in the state of North Rhine-Westphalia (NRW) remained at a high level with 3,767 offenses recorded in 2018. Of these, 217 were violent crimes, the report reveals. The number of right-wing extremist offenses rose slightly from 3,764 in the previous year in 2017.

"This shows the high level of violence of the scene. Right-wing extremists appear increasingly violent at demonstrations or events," Verena Schäffer, spokesperson for the regional Green Party faction, said as reported by RP Online.