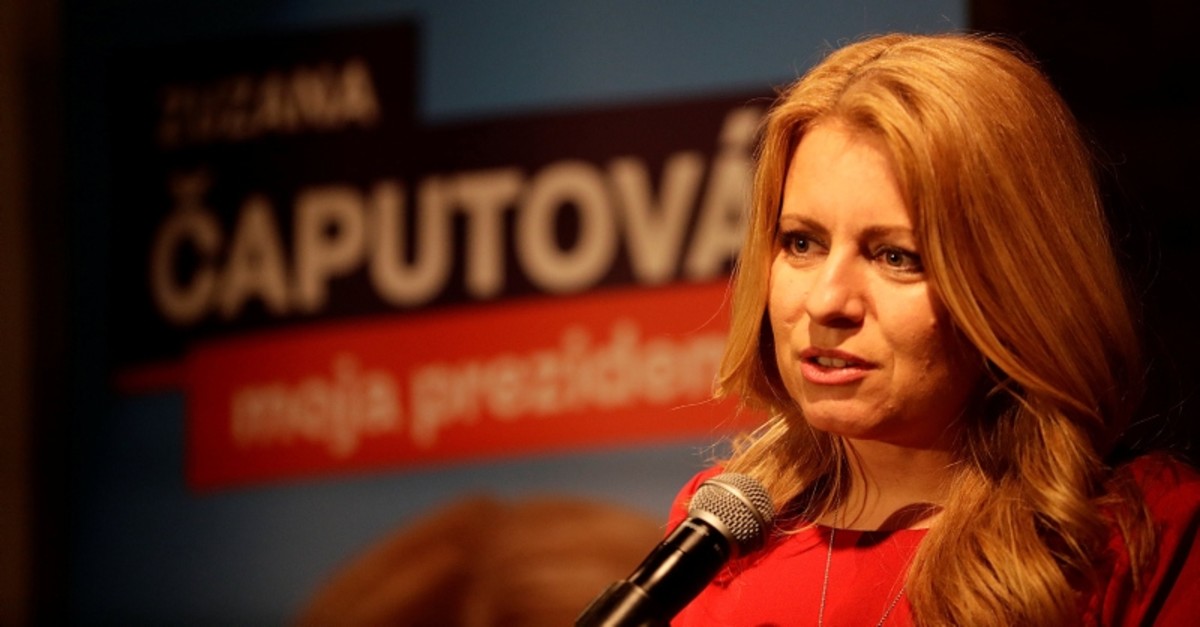 Slovakia's presidential candidate Zuzana Caputova speaks after the first unofficial results at a party election headquarters in Bratislava, Slovakia, March 16, 2019. (Reuters Photo)
by Associated Press Mar 17, 2019 12:00 am
The two leading contenders in Slovakia's presidential election will meet in a runoff vote that could give the central European country its first woman president.

Zuzana Caputova was leading with 40.5 percent of the votes with 99 percent of some 6,000 polling stations counted early Sunday, according to Slovakia's Statistics Office.

Running a distant second was Maros Sefcovic, an establishment figure who is the European Commission Vice President, with 18.7 percent support. Because no single candidate won an outright majority, a runoff will be held on March 30.

"I consider it a big call for a change," said Caputova, a 45-year-old environmental and anti-corruption activist who is in favor of gay rights and opposes a ban on abortion in the conservative Roman Catholic nation of 5.4 million people.

A pro-Russian populist candidate, Stefan Harabin, finished third in Saturday's first round of voting with 14.4 percent, while Marian Kotleba, chairman of a neo-Nazi parliamentary party, was fourth with 10.4 percent.

In all, 13 candidates vied to become the country's fifth head of state since Slovakia gained independence in 1993 after Czechoslovakia split in two.

In Slovakia, the president has the power to pick the prime minister, appoint Constitutional Court judges and veto laws. Parliament can override the veto with a simple majority, however. The government, led by the prime minister, possesses most executive powers

Andrej Kiska, a successful businessman-turned-philanthropist, was not standing for a second five-year term in the largely ceremonial post. Kiska backed Caputova in the vote.

Caputova has little experience in politics while attracting voters who are appalled by corruption and mainstream politics. She only recently became vice chairman of the non-governmental Progressive Slovakia, a liberal political party. She said she was planning to travel around the country ahead of the runoff to persuade those who voted for unsuccessful candidates to vote for her.

Caputova, as well Kiska, supported the huge street protests that led to the fall of former Prime Minister Robert Fico's coalition government amid a political crisis triggered by the slayings last year of an investigative reporter and his fiancee. The reporter was investigating possible widespread government corruption.

A career diplomat, Sefcovic, 52, was a member of the Communist Party before the anti-Communist 1989 Velvet Revolution. Sefcovic accepted an offer to stand from Fico's left-wing Smer-Social Democracy party. Sefcovic joined the commission in 2009 and became a vice president in 2010.