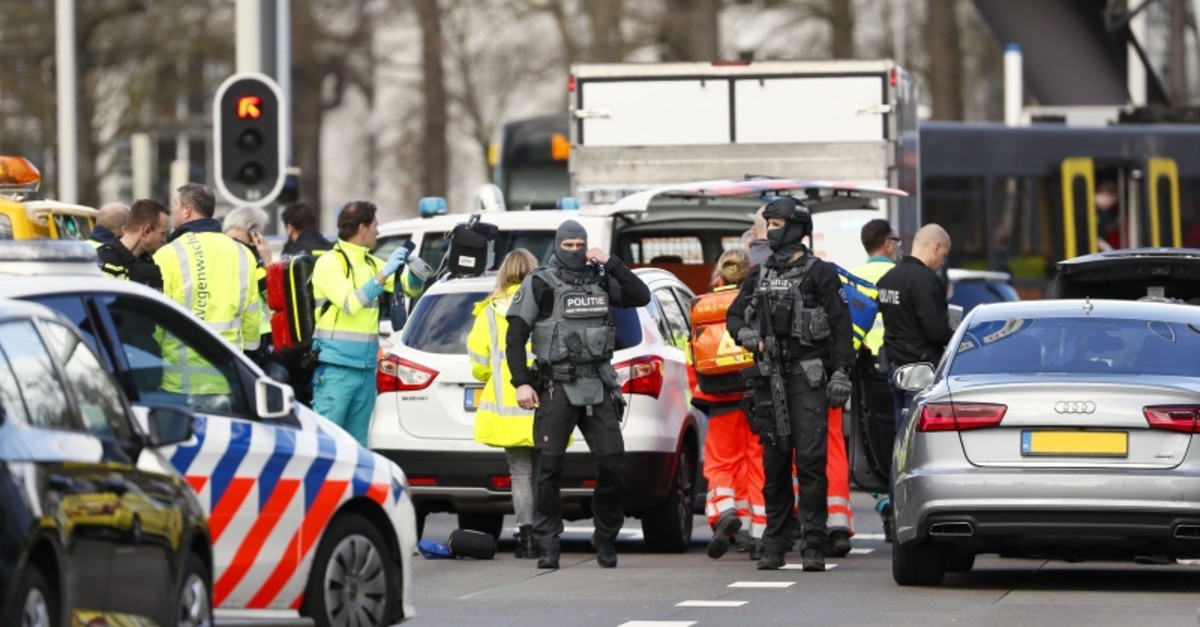 Dutch police on Monday arrested a suspect over a possible terror attack on a tram in the city of Utrecht that left three people dead and five wounded.

Police had earlier launched a huge manhunt for Turkish-born Gökmen Tanış, 37, issuing a picture of him on the tram and warning the public not to approach him.

Heavily armed officers later surrounded a building following the bloodshed in the Netherlands' fourth largest city and his arrest was dramatically announced at the end of a news conference.

Dutch authorities said they were still investigating a likely terrorist motive for the attack but said they "cannot exclude" other motives, including a family dispute.

According to the suspect's relatives, Tanış shot a relative on the tram due to "family issues" and then opened fire on those trying to help.

"We have just heard that the suspect we are looking for has been arrested," Utrecht police chief Rob van Bree told a news conference after being handed a piece of paper with news of the arrest.

The head of the Dutch national counter-terrorism service, Pieter-Jaap Aalbersberg, confirmed "the arrest of the main suspect for the shooting".

He said authorities had lowered the threat level in Utrecht from the maximum level five as a result of the arrest.

A Turkish businessman speaking to BBC Turkish said that Tanış, who was born in Turkey's central province of Yozgat, previously fought in Chechnya. Tanış was arrested a couple of years ago due to his links with Daesh terrorist group and later released; he has a reclusive nature and do not socialize with the Turkish community, the businessman said.

Dutch Prime Minister Mark Rutte said the theory that it was a terror attack "could not be excluded", vowing that the Netherlands would "never give way to intolerance".

Rutte said "three people are dead, three people are fighting for their lives. There was an attack today in the Netherlands — if it had terror motives, that is being investigated. But it was very serious. The world shares our grief."

Local sources told the Daily Sabah that the Dutch police are taking additional security measures at Amsterdam's Schiphol International Airport and in front of mosques throughout the country after which a body covered in a white sheet could be seen lying on the tram tracks.

Mosques in Utrecht had shut for the day following the attack, the ANP news agency said, which comes three days after a lone anti-Muslim racist terrorist killed 50 people in mass shootings at two mosques in the city of Christchurch, New Zealand.