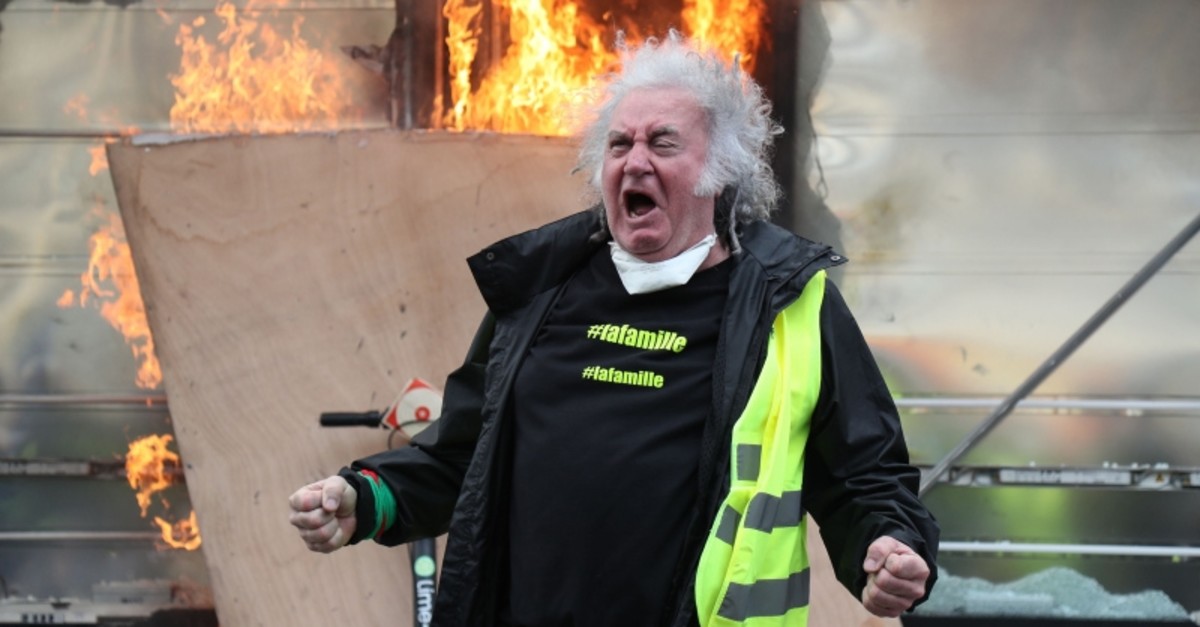 A Yellow Vest protester gestures in front of a newsagent set alight during clashes with riot police forces on the Champs-Elysees in Paris on March 16, 2019. (AFP Photo)
by Compiled from Wire Services Mar 18, 2019 7:59 pm

President Emmanuel Macron and his government have been forced back on the defensive after rioters ransacked luxury boutiques and torched cafes and a bank on Saturday in the latest flare-up of violence against Macron's pro-business reforms.

"From next Saturday, we will ban 'yellow vest' protests in neighbourhoods that have been the worst hit as soon as we see sign of the presence of radical groups and their intent to cause damage," Prime Minister Edouard Philippe said in a televised speech.

Some 10,000 people participated in Saturday's protests in the capital, according to police estimates, including a hard-core of about 1,500 troublemakers who Philippe said were bent on "looting, destroying property and causing injury."

"These were criminal acts. The government's response must be strong," Philippe sad.

The prime minister also said under-fire Paris police chief would be replaced following another weekend of riots that saw shops and restaurants torched and looted on the Champs-Elysees.

Philippe said Michel Delpuech, 66, who has been in the job since April 2017, would be replaced on Wednesday by Didier Lallement, the top police official in the southwest region of Nouvelle-Aquitaine.