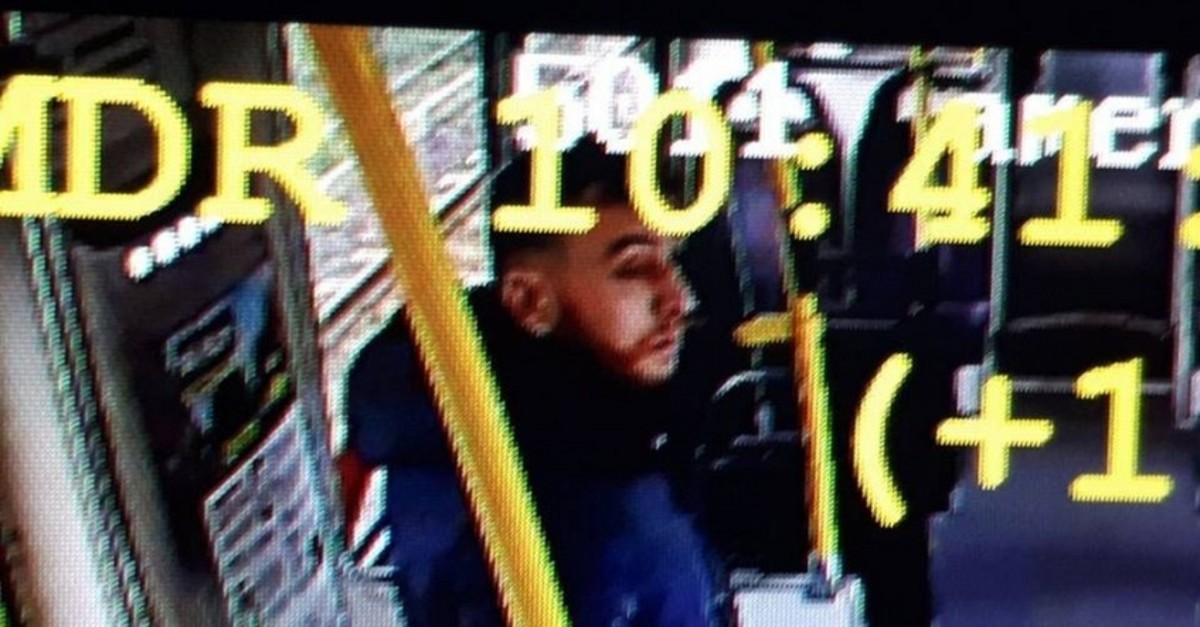 The suspect who killed three people and wounded nine others on a tram in the central Dutch city of Utrecht had a lengthy list of criminal offenses, according to Dutch media outlets.

Regional television and radio broadcaster RTV Utrecht reported that Gökmen Tanış, the 37-year-old Turkish born Dutch suspect in the shooting, had been detained several times in the past over "considerable" violent and non-violent offenses.

Tanış was even questioned and investigated for both manslaughter and assault after he allegedly fired shots into the air at an apartment in the Kanaleneiland district of Utrecht — close to where Monday's shooting occurred — in December 2013.

He also appeared in court two weeks ago over a 2017 case in which he was accused of attempted rape, Dutch news outlet Utrechts Nieuwsblad said.

Tanış also had records of threatening a woman, verbally abusing a woman, insulting and threatening police, bicycle theft, burglary, driving under the influence, and urinating in a holding cell. However, he was release by the police each time. Utrecht police have not yet confirmed these records.

A Turkish businessman speaking to BBC Turkish said that Tanış, who was born in Turkey's central province of Yozgat, previously fought in Chechnya. Tanış was arrested a few years ago due to his links with Daesh terrorist group but was later released. The businessman said Tanış had a reclusive nature and did not socialize with the Turkish community.

Speaking to Demirören New Agency (DHA), Tanış's father Mehmet said he had not spoken a word to his son in 11 years, and he deserved whatever punishment was deemed appropriate by authorities if he had indeed carried out the shooting.

Father Tanış, who now lives in Kayseri with his wife from his second marriage, said he and his family had moved to the Netherlands years ago but after divorcing he had moved back to Turkey alone.

Stating that he hadn't heard of the attack, father Tanış said: "I haven't seen my son since 2008, and haven't spoken to him in 11 years. About the shooting, I can't guess what sort of (psychological) state he was in in that moment. Sometimes you don't even really know your own son whom you used to live with under the same roof. If he did it, he must suffer the consequences."

"He didn't have aggressive behavior before. 11 years have passed since. I don't know what happened or what he went through," he added.

Meanwhile Gökmen's other relatives said he had shot a relative on the tram due to "family issues" and then opened fire on those trying to help.

The shooting by Tanış has sparked an international manhunt that saw heavily armed officers with sniffer dogs zero in on an apartment building close to the incident.

The Netherlands' anti-terror coordinator has raised the threat alert to its highest level around Utrecht, a city of nearly 350,000 people. Pieter-Jaap Aalbersberg said the "threat level has gone to 5, exclusively for the Utrecht province."

Dutch political parties also halted campaigning ahead of provincial elections scheduled for Wednesday that will also determine the makeup of the Dutch parliament's upper house.

In neighboring Germany, police said they had stepped up surveillance of the Dutch border. Heinrich Onstein, a spokesman for federal police in North Rhine-Westphalia state, said additional officers had been detailed to watch not only major highways, but also minor crossings and railway routes.

German authorities were initially told to look out for a red Renault Clio compact sedan, but were later informed the vehicle had been found abandoned in Utrecht, Onstein said.