2 Catalans threaten to use their YPG terrorist training against Spain 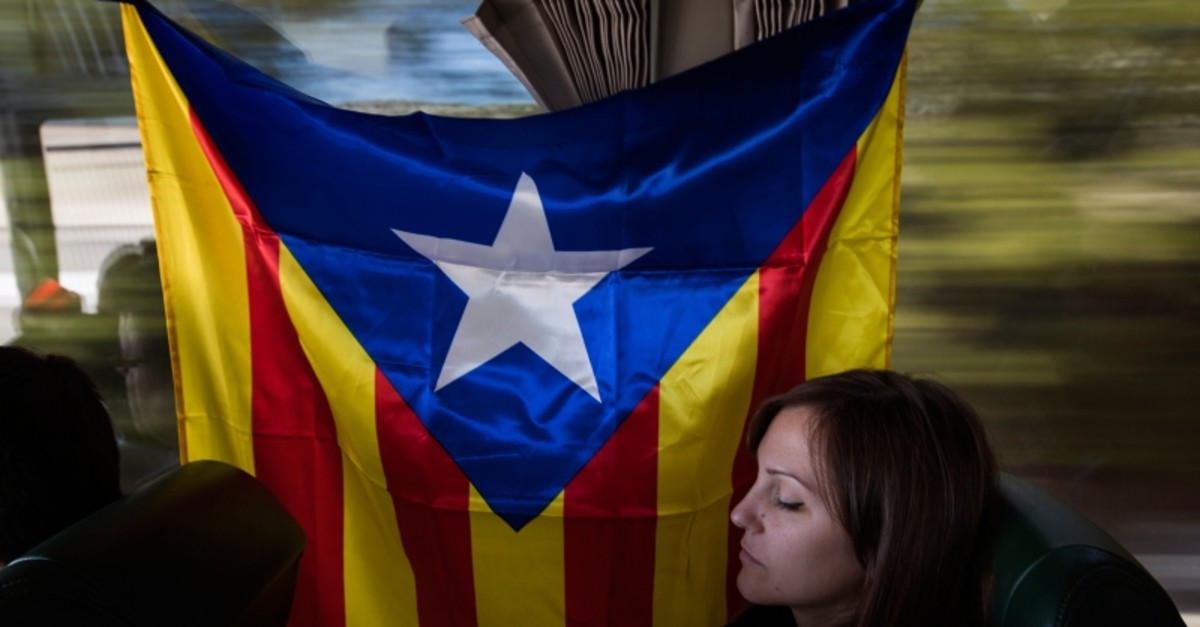 A Catalan pro-independence demonstrator sits in a bus, next to ,estelada,, or separatist flags, as they travel from Barcelona to Madrid, Spain, Saturday, March 16, 2019. (AP Photo)
by Anadolu Agency Mar 20, 2019 12:00 am

Two purported Catalans who were trained by the PKK terrorist group's Syrian affiliate the People's Protection Units (YPG) in Syria threatened to use their terrorist training against Spain after they returned to Catalonia, according to Spanish media outlets.

Viral footage uploaded at the end of January showed a man and a woman threatening to act on their terrorist training against their country once they returned from Syria.

The masked individuals spoke in the Catalan language, claiming they were fighting alongside groups which "fight for the independence of Catalonia."

The two militants bear arms throughout the video and present themselves as "internationalists" in reference to the International Brigades that came to Spain during the Spanish Civil War against dictator Francisco Franco who ruled Spain from 1939 until his death in 1975.

The Spanish National Intelligence Center said it took the threats seriously, announcing that it had launched an investigation to identify the suspects.

Spanish intelligence underlined that the suspects were a clear threat to the country and that they must be captured and stand trial upon their return.

It also said that joining an armed struggle abroad without receiving the approval of the Spanish state was a criminal offense and that this jeopardized the impartiality and interests of Spain.

More than 10 Spanish nationals have joined the YPG terror group in recent years, two of whom were captured in 2015 in Madrid and the court released them on probation.

In its 30-year terrorist campaign against Turkey, the PKK has taken some 40,000 lives, including women and children.