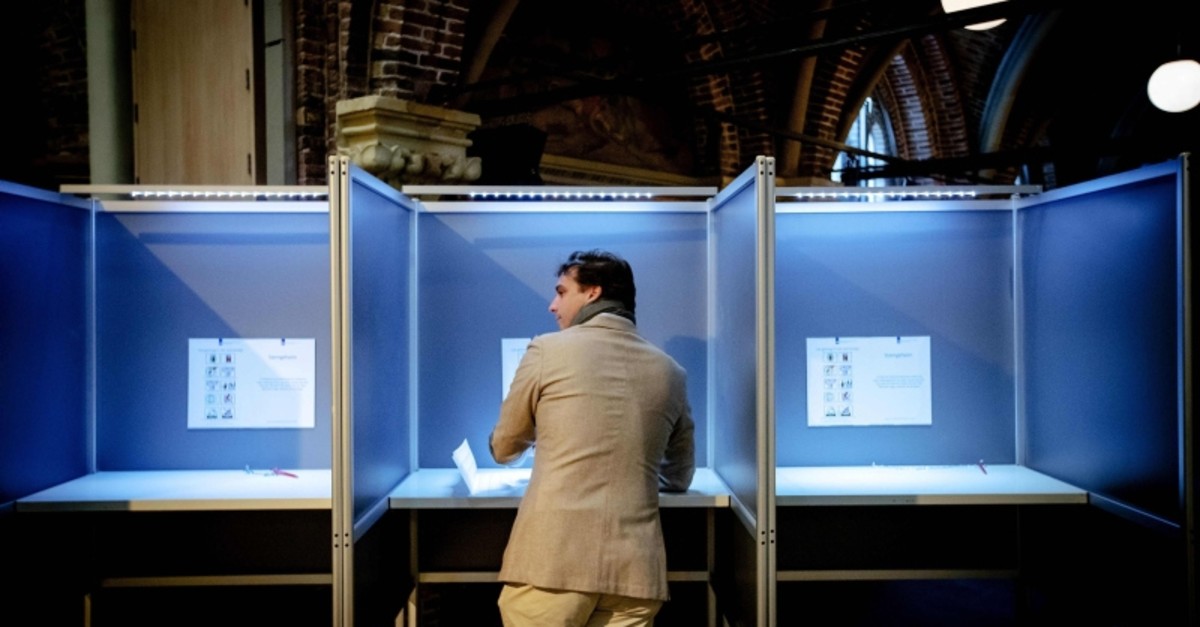 Eurosceptic Forum for Democracy (FvD) party leader Thierry Baudet stands at a polling booth as he votes in the Netherlands' provincial and water authorities elections at a polling station in Amsterdam, March 20, 2019. (AFP Photo)
by Associated Press Mar 21, 2019 11:38 am

A right-wing populist party in the Netherlands emerged from provincial elections that also determine the makeup of the national Senate positioned for a big win, according to exit poll released late Wednesday.

The elections held Wednesday were for 570 legislators in provincial governments. The winners, in turn, will elect the members of the Dutch parliament's upper house in May.

The Forum for Democracy, led by flamboyant populist Thierry Baudet, 36, is battling the People's Party for Freedom and Democracy to become the biggest party in the national Senate. The IPSOS poll had a one-seat margin of error.

"What a day," said Theo Hiddema, who serves with Baudet as one of the two Forum lawmakers in the lower house of the national parliament. "Tomorrow you will wake up to a new spring, a new sound."

The exit poll showed Rutte's four-party coalition losing its majority in the Senate, meaning he would have to seek support from opposition parties to push through legislation.

Baudet's success came at the expense of major parties, but he also took votes from a rival populist party. The Party for Freedom of anti-Islam firebrand Geert Wilders, which was forecast to drop from nine seats to six.

Wilders called it "a limited loss" and added, "Of course, we would have wanted more."

The voting came just days after a shooter opened fire on a tram in the central city of Utrecht, killing three passengers and seriously wounding three more. Police have arrested a 37-year-old man of Turkish descent and said they were investigating a possible extremist motive.

While major political parties halted campaigning in the aftermath of the shootings, Baudet blamed years of what he called failing immigration policies for the attack.