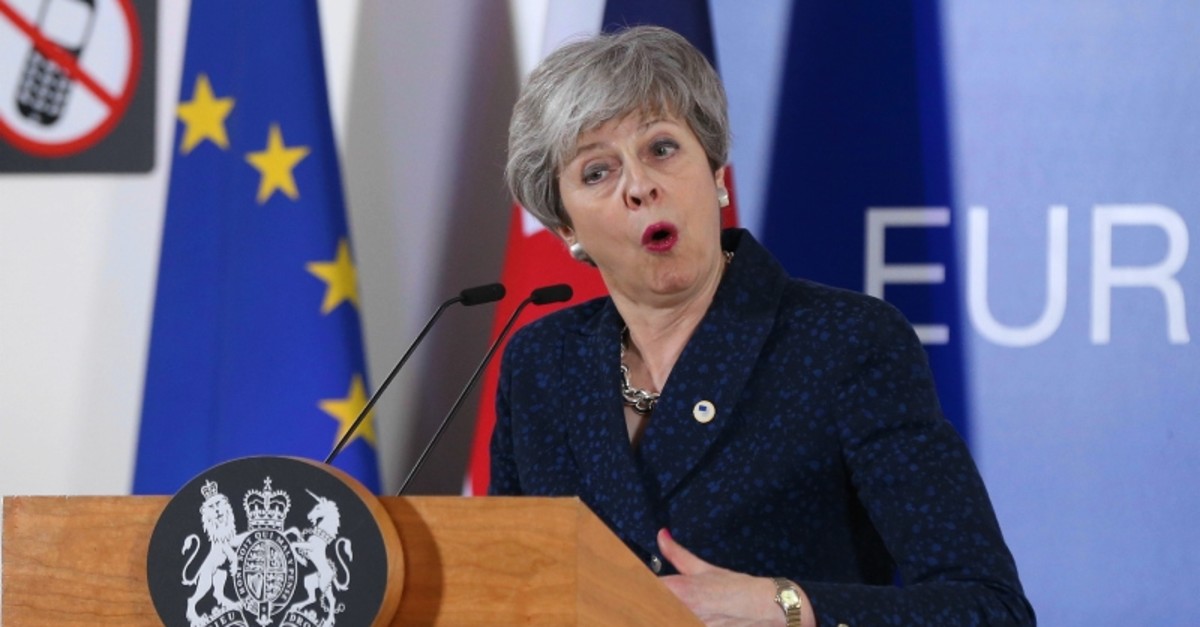 British Prime Minister Theresa May is facing a full-blown cabinet plot to remove her and 11 cabinet ministers have said they want her to resign, The Sunday Times's political editor said.

"A full blown cabinet coup is under way tonight to remove Theresa May as prime minister," Tim Shipman said.

Shipman quoted one unidentified cabinet minister as saying: "The end is nigh. She will be gone in 10 days."

May's de-facto deputy, David Lidington, is one contender to be interim prime minister but others are pushing for Environment Secretary Michael Gove or Foreign Secretary Jeremy Hunt, Shipman said.

May thus far has been unable to generate enough support in Parliament for the withdrawal deal her government and the EU reached late last year. Lawmakers voted down the Brexit plan twice, and May has raised the possibility of bringing it back a third time if enough legislators appear willing to switch their votes.

The U.K.'s departure from the EU long was set to take place on March 29, but the absence of an approved divorce agreement prompted May last week to ask the leaders of the 27 remaining member nations for a postponement.

The leaders rejected May's request to extend the deadline until June 30. Instead, they agreed to delay Brexit until May 22, on the eve of EU Parliament elections, if the prime minister can persuade Parliament to endorse the twice-rejected agreement.

If she is unable to rally support for the withdrawal agreement, the European leaders said Britain only has until April 12 to choose between leaving the EU without a divorce deal and a radically new path, such as revoking the decision to leave the bloc or calling another voter referendum on Brexit.

Parliament may take a series of votes this week to determine what proposals, if any, could command majority support.

Conservative Party legislator George Freeman tweeted Saturday night that the U.K. needs a new leader if the Brexit process is to move forward.

"I'm afraid it's all over for the PM. She's done her best. But across the country you can see the anger. Everyone feels betrayed," Freeman tweeted. "This can't go on. We need a new PM who can reach out & build some sort of coalition for a Plan B/"

Under Conservative Party rules, May cannot face a formal leadership challenge from within her own party until December because she survived one three months ago. But she may be persuaded that her position is untenable if Cabinet ministers and other senior party members desert her.

Her bid for fresh support for her withdrawal plan has so far failed to win backing from Northern Ireland's Democratic Unionist Party, which usually provides crucial votes for May's minority government.