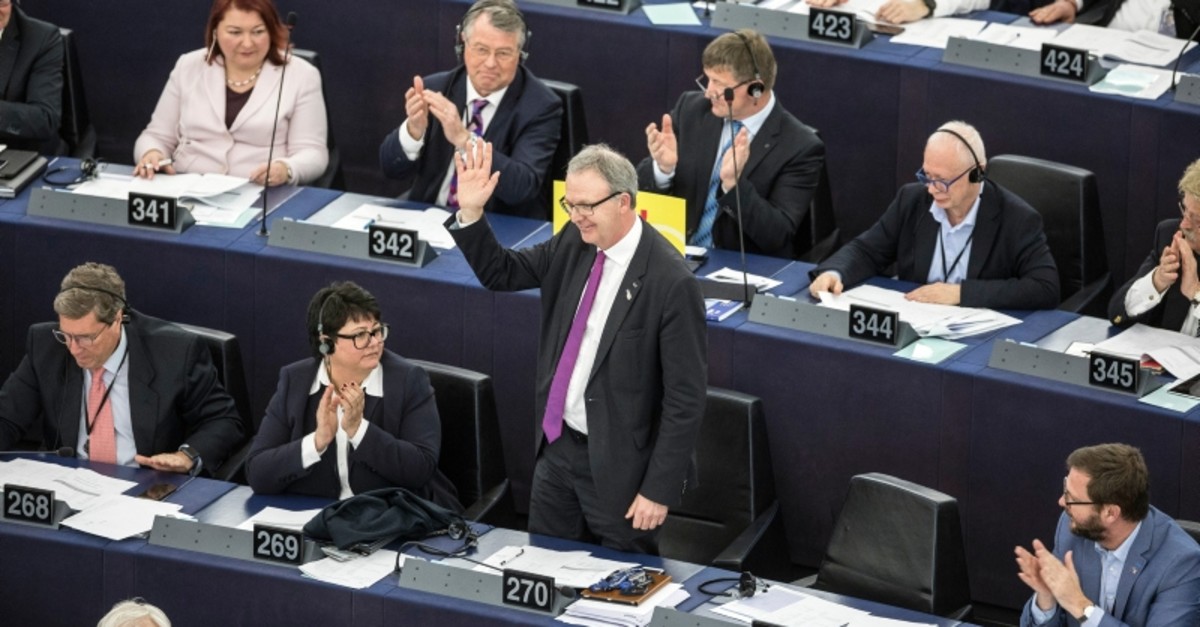 European Union lawmakers endorsed on Tuesday a preliminary deal on rewriting the bloc's two-decade-old copyright rules, which will force Google to pay publishers and artists for using their work online.

The European Parliament backed the reforms by 348 votes to 274 on Tuesday after a debate that has pitted Europe's creative industry against tech companies, internet activists and consumer groups concerned that the new rules may be too costly and block too much content.

EU member states must now formally approve the legislation, which they have agreed to in principle, for it to take effect.

The European Commission began reviewing the rules two years ago in a bid to protect an industry that is worth 915 billion euros ($1.03 trillion) a year, accounting for 11.65 million jobs and 6.8 percent of the EU economy. The move aims to protect Europe's cultural heritage and ensure publishers, broadcasters and artists receive fair compensation from big online companies. The EU's existing copyright rules date back to 2001.

The Commission's digital chief for Europe Andrus Ansip welcomed the outcome, saying the reforms would improve the position of writers, journalists, singers, musicians and actors in relation to the big platforms that benefited from their content.

"Today's vote ensures the right balance between the interests of all players – users, creators, authors, press – while putting in place proportionate obligations on online platforms," he said in a statement.

But Google said the reforms would lead to legal uncertainty and hurt Europe's creative and digital economies. The European Consumer Organisation (BEUC) echoed the criticism.

"Consumers will have to bear the consequences of this decision. Their concerns had been voiced loud and clearly but MEPs chose to ignore them," BEUC director general Monique Goyens said.

Lawmaker Julia Reda, a prominent critic of the reforms, said they threatened the free internet.

"Algorithms cannot distinguish between actual copyright infringements and the perfectly legal re-use of content for purposes such as parody," she said.

German Justice Minister Katarina Barley says she regrets the full approval of the copyright reform package. Barley, a member of the center-left Social Democrats, said she welcomed an update to EU copyright law in principle, but criticized a controversial requirement for social media platforms to ensure at the time of uploading that content is not in breach of copyright rules.

"I very much regret that the European Parliament today did not position itself against the upload filter," Barley said in Berlin, adding that it was now key to implement the law in such a way that artists profit and freedom of expression is maintained.