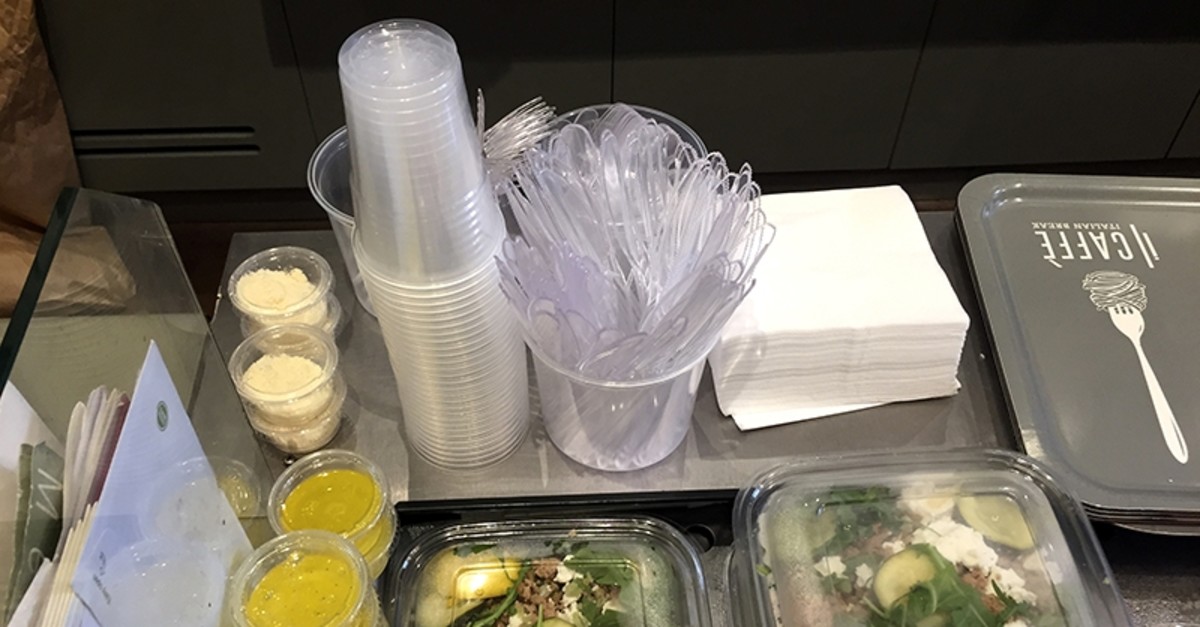 European lawmakers voted overwhelmingly Wednesday for an EU-wide ban on single-use plastic products such as the straws, cutlery and cotton buds that are clogging the world's oceans.

The text had already been approved in negotiations with member states and EU officials and it will now be rapidly approved into law. The ban comes into effect from 2021.

EU Commission Vice-President Frans Timmermans said Europe was not the worst source of plastic pollution, but that the pioneering measure could serve as an example to the world.

"Asian countries are very much interested in what we're doing. Latin American countries too," he said.

"Even though our share of the pollution is relatively limited, our change of the economic model has a global impact."

The law passed by 560 votes to 35 in the Strasbourg assembly.

Aside from the ban on a dozen kinds of disposable products for which alternatives exist, the EU will encourage member states to reduce the use of plastic packaging and introduce stricter labelling rules.

The law sets a target that 90 percent of plastic bottles will be gathered for recycling by 2029 and that they should be produced with 25 percent recycled material by 2025, 30 percent by 2030.

Rules insisting that polluters pay the costs of a clean-up are strengthened, particularly for cigarette manufacturers, who will have to support the recycling of discarded filters.

According to the EU Commission, the products prohibited under the law represent 70 percent of the waste that pours into the world's oceans, posing a threat to wildlife and fisheries.