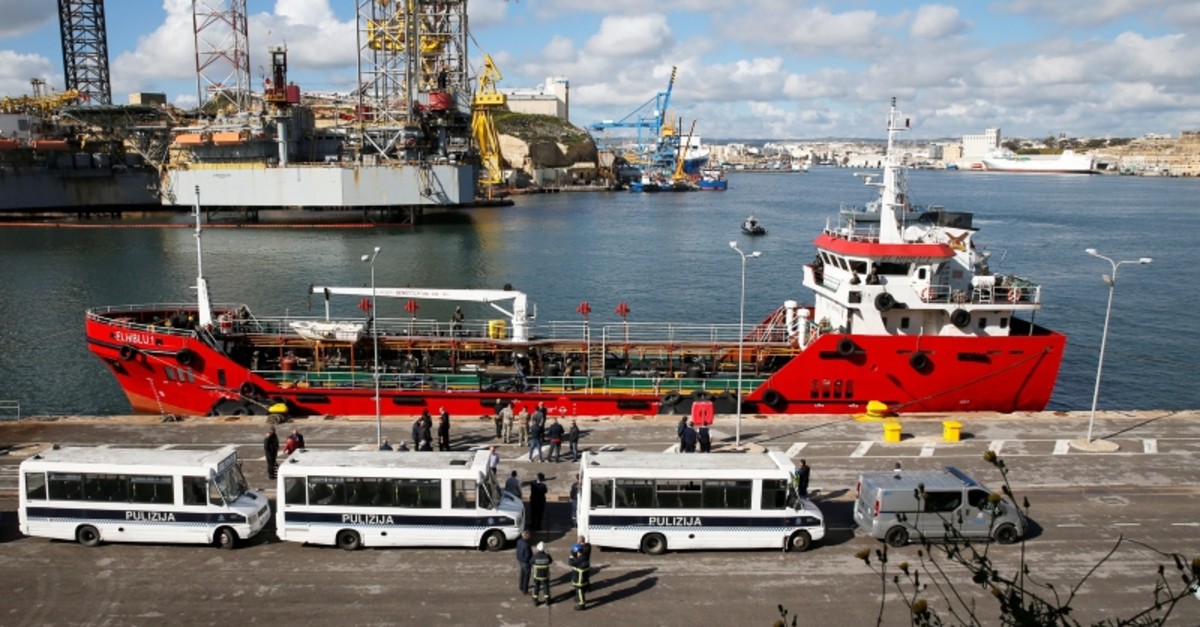 A Maltese special operations team on Thursday boarded a Turkish tanker that had been hijacked by migrants rescued at sea, and returned control to the captain, before escorting it to a Maltese port.

Armed military personnel stood guard on the ship's deck, and a dozen or so migrants were also visible, as the vessel docked at Boiler Wharf in the city of Senglea. Several police vans were lined up on shore to take custody of the migrants for investigation. 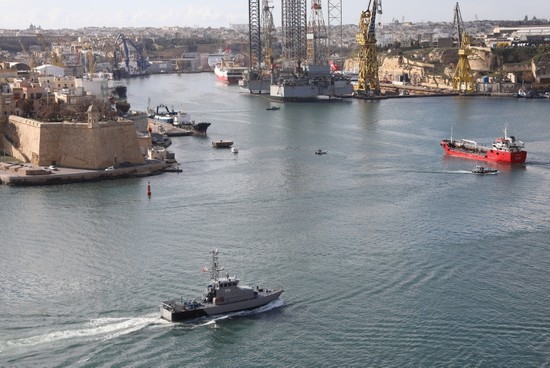 Authorities in Italy and Malta on Wednesday said that the group had hijacked the Palau-flagged Turkish oil tanker El Hiblu 1 after it rescued them in the Mediterranean Sea, and forced the crew to put the Libya-bound vessel on a course north toward Europe.

Italy's deputy prime minister and interior minister, Matteo Salvini, said the ship had rescued about 120 people and described what happened as "the first act of piracy on the high seas with migrants" as the alleged hijackers. Malta has put the number of migrants rescued at 108.

The ship had been heading toward Italy's southernmost island of Lampedusa and the island of Malta when Maltese forces intercepted it.

Maltese armed forces established communications with the captain while the ship was still 30 nautical miles offshore. The captain told Maltese armed forces he was not in control of the vessel "and that he and his crew were being forced and threatened by a number of migrants to proceed to Malta." A patrol vessel stopped the tanker from entering Maltese waters, they said.

The special team that restored control to the captain was backed by a patrol vessel, two fast interceptor craft and a helicopter.

There was no immediate word on the condition of El Hiblu 1's crew. There was a six-member crew — including Turkish captain, four Indians and one Libyan — on the 52-meter-long ship.

Reports said the ship was registered to Palau. It was sold off by a Turkish firm on March 11. The Turkish Foreign Ministry reportedly stepped in to assess the situation.

The German charity Sea-Eye, whose ship Aylan Kurdi was in the rescue zone off Libya, said it had overheard radio messages between a European military aircraft and the captain of the tanker, both before and after the hijacking. "The captain of the ship rescued the people and requested assistance. He said unequivocally on the radio that people are very upset and do not want to be brought back to Libya," Sea-Eye said in a statement. "Tripoli, however, was the destination port of the cargo ship." Migrants in chaos-wracked Libya face trafficking, kidnap, torture and rape, according to the U.N. and aid groups.

Humanitarian organizations say that migrants are mistreated and even tortured in Libya, and have protested protocols to return migrants rescued offshore to the lawless northern African nation. Meanwhile, both Italy and Malta have refused to open their ports to humanitarian ships that rescue migrants at sea, which has created numerous standoffs as European governments haggle over which will take them in.

A private group that operates a rescue ship and monitors how governments treat migrants, Mediterranea, urged compassion for the group on the hijacked vessel and said it hoped European countries would act "in the name of fundamental rights, remembering that we are dealing with human beings fleeing hell."

Mass migration to Europe has dropped sharply since 2015, when the continent received 1 million refugees and migrants from countries in the Middle East, Asia and Africa. The surge created a humanitarian crisis in which desperate travelers frequently drowned and leading arrival spots such as Italy and Greece struggled to house large numbers of asylum-seekers.

Along with the dangerous sea journey itself, those who attempt to cross the Mediterranean risk being stopped by Libya's coast guard and held in Libyan detention centers that human rights groups have described as bleak places where migrants allegedly suffer routine abuse.

EU members "alert the Libyan coast guard when refugees and migrants are spotted at sea so they can be taken back to Libya, despite knowing that people there are arbitrarily detained and exposed to widespread torture, rape, killings and exploitation," said Matteo de Bellis, an international migration researcher for Amnesty International.

European Union member countries, responding to domestic opposition to welcoming immigrants, have decided to significantly downscale an EU operation in the Mediterranean, withdrawing their ships and continuing the mission with air surveillance only.

Following Rome's increasingly tough anti-migrant stance, vessels that pick up migrants making the perilous journey across the Mediterranean increasingly return them to Libya. Boatloads of rescued migrants have in recent months refused to disembark in Libya, prompting the authorities there to use force.

The UNHCR's special envoy for the central Mediterranean, Vincent Cochetel, tweeted Thursday that the "safety of crews [is] as important as the safety of human beings fleeing a hellish situation and not wanting to return there." "With a robust rescue at sea capacity and predictable disembarkation on both sides of the Med, this would not have happened."

The EU announced Wednesday it will suspend ship patrols that have rescued tens of thousands of migrants in the Mediterranean and brought them to Italy, in the face of deep resistance from Rome's populist government. Migrant arrivals from North Africa and the Middle East have been sharply reduced since a 2015 peak when Europe faced its worst migration crisis since World War II.