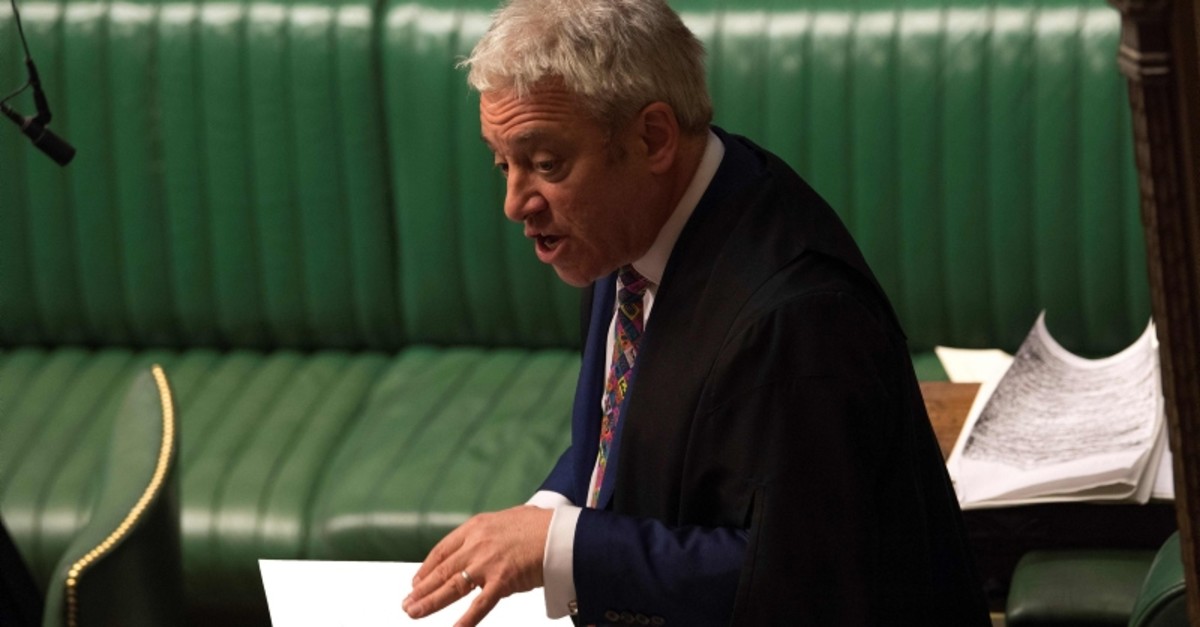 British parliament speaker John Bercow gave his go-ahead for a vote by MPs on Friday on the Brexit divorce deal, which parliament has already overwhelmingly rejected twice.

"The motion is new, substantially different," said House of Commons Speaker Bercow, who had blocked a previous vote by invoking a 17th-century statute stopping MPs from voting the same text multiple times.

The vote will be on the legally-binding withdrawal agreement negotiated with Brussels and not on the accompanying political declaration about future relations.

A further parliamentary vote would still be required to implement Brexit before Britain can leave the EU.

Andrea Leadsom, who represents the government in parliament, said voting through the divorce deal would comply with the conclusions of an EU summit last week which allow for Brexit to be delayed until May 22.

The offer was conditional on the deal being accepted by 2300 GMT on Friday — originally planned as the Brexit date.

"I encourage all MPs to support and ensure that we leave the EU on May 22, giving people and businesses the certainty they need," Leadsom said.