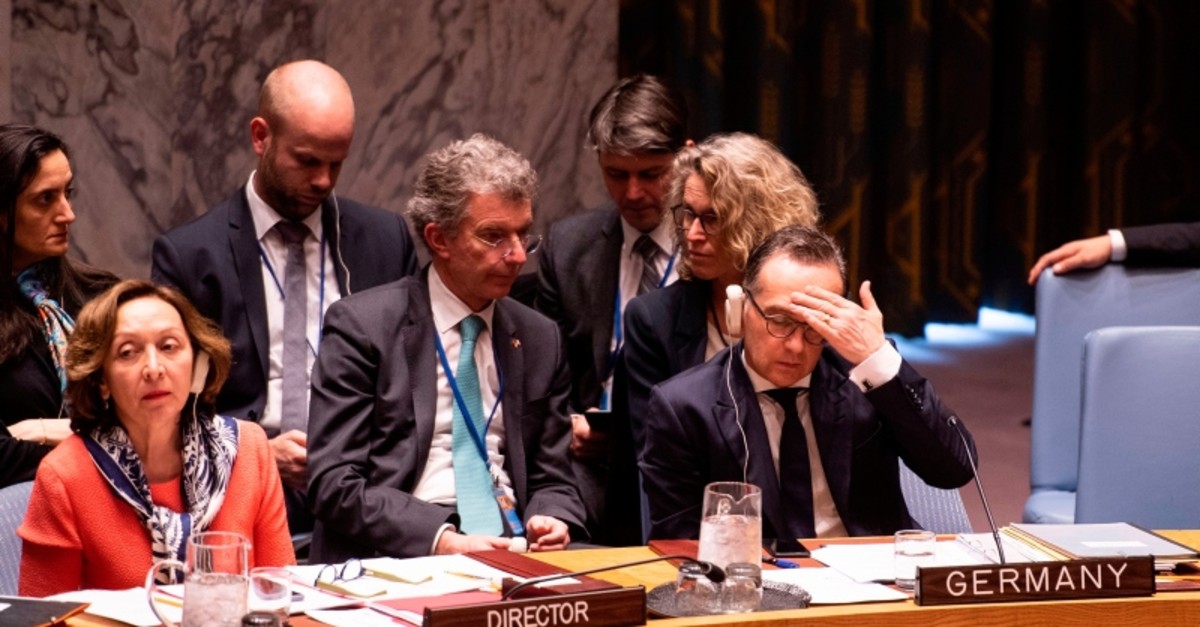 Germany Foreign Minister Heiko Maas underscored Berlin's sense of responsibility on Monday in taking over the rotating presidency of the U.N. Security Council, which he said was "at the heart" of the U.N.

"We want to do our bit to support the U.N. Security Council in its role in addressing global peace and security," Maas told reporters in New York.

Maas was in New York to take the helm of the council for April. France's Foreign Minister Jean-Yves Le Drian was also at U.N. headquarters to hand over the baton from Paris, which chaired the council in March.

The European neighbours have styled their March and April slots as coordinated twin presidencies, with a jointly organized schedule.

Maas was coy on Monday on an issue that France and Germany have failed to agree on: gaining a permanent European seat in the council.

"That is a topic that is somewhat more intensively discussed in Germany than in France. We know that it is a matter of France's understanding of its cultural identity," Maas said.

France is keen to retain its independence in the council and is therefore against the establishment of a European seat.

"We will see how things proceed in the long term when it comes to seats in the U.N. Security Council. But it will certainly be a very, very long-term matter," Maas said.

Maas arrived late to an informal meeting on protecting humanitarian personnel, due to a puncture in one of the wheels of his government plane.

The meeting kicks off Berlin's agenda for the month, which includes special meetings on sexual violence in conflict and nuclear disarmament.

Germany was last president of the council in September 2012, during its last two-year stint on the council as an elected member.